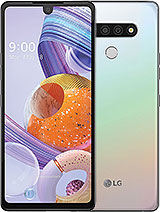 JD, 28 Jul 2021Not sure what everyone else is on about with this phone but I haven't had anywhere near t... moreThe factory unlocked model with 4gb ram and no carrier bloatware installed runs much smoother than the discounted carrier locked model with 3gb ram.

I suspect most here purchased the bloated carrier locked model because the price is $100 cheaper.

Check out the reviews for the unlocked model on Amazon.com, excellent overall rating and positive comments, nothing like what you see here.

I tech support 3 family members with the unlocked model and none of them have the issues being reported here.

JD, 28 Jul 2021Not sure what everyone else is on about with this phone but I haven't had anywhere near t... moreYou're one of the lucky ones then.

This phone SUCKS!!!! The worse phone I have ever owned. Can be typing and it will add double or triple of the same letter or it will jump to another screen.
Will try to click on an app and an entirely different app will open. The drop down screen will come down and go back. Freezes and lags and sick of it. Can't wait to get back to a Samsung when I can afford it!!

Batgurl0420, 09 Aug 2021I have only had my stylo 6 for a few months. For at just the past month it acts like someone e... moreThis phone looks great but it's not ,good at all ,this phone is a knock off,shuts on and off by itself, within a one month now sadly would not charge and a big question mark is showing wouldn't charge,a Rejected Device!!!!!!!!! I want all my money back

Gabboo, 23 Jul 2021SAMEI have only had my stylo 6 for a few months. For at just the past month it acts like someone else us controlling it 95% of the time! Screen will shut off on its own, top pulls down as it wants, apps open im not even touching, the list goes on. Its very frustrating. This is def NOT what I expected after wanting it for a year!! They all should be replaced for free!!

I had this phone for a year and it sucked

Phone sucks. Too much BS to even talk about it just sucks

to say this phone is shit is a compliment,I tried to use it for Bolt the location took me to the north pole.The designers were either high or did not pass grade one.I would be surprised if this phone was looted from PEP.

Jupiter, 12 Jul 2021I can’t fully express my hatred for the LG Stylo 6. System updates put this thing for a loop a... moreSamsung and iphone are not better

I needed a new phone and my only requirement was a nice camera. Coming from Galaxy, I was fine trying something new. I was pointed to the LG Stylo 6, and the price was great. Sign me up.

I've never physically assaulted tech like this in my life. I have fallen into a toxic relationship with this hunk of trash. God forbid I ever NEED it in an emergency because it 30% chance it will plain not work.

Issues began not even a few days after having it. Not yet a year later and the issues only piled up. First, the stylus popped out constantly and triggered the infuriating doodle mode that takes had such bad UI that it always takes me a minute to shut it off. One time the stylus popped out and I hastily stuck it back in, but I must have done it the wrong direction. It got stuck. I had to use actual pliers to force it out to make the doodle mode finally stop. I have had half a stylus sticking out the bottom of my phone since a month in. I pick my battles, and this ugly hindrance is one I just deal with.

So there is also a demon button directly beneath the volume down, which prompts the voice app to start up. I'll carelessly press it sometimes. The phone is slow and sucks so you have to wait for one of your thirty furious presses to make it close so you can resume whatever you were doing.

It takes sometimes thirty seconds for the keyboard to pop up when trying to type. Sometimes I can get around this lag by turning the screen off and on again. Akin to using duct tape on a hole in a ship.

The most intense app I use is Pokemon Go, and sometimes trying to scroll and not select is an absolute nightmare. It takes the phone a while to recognize a held down scroll vs a press. I have to exercise extreme patience when zooming or scrolling, allowing my phone 5-10 seconds between touches lest I selecting something. Then don't forget 5-10 are required to go back without further selecting. It's maddening, and has gotten progressively worse over time.

Sometimes it just stops working. I'll know it's coming because my music player will begin to stutter and slingshot around due to the lag. The phone will become so slow to respond that it takes MINUTES for the press of the pause button to actually pause the music. Don't even try opening another app when this happens. Don't you dare try googling the problem on your phone. Turning volume up or down freezes it, turning your screen on or off freezes it. Restarting will not be possible due to the lag so I instinctively chose to hard restart. Don't ever do that. Each time this particular problem happens, my phone will take HOURS to get past the infuriating swirling LG logo. The first time it happened I had owned the phone about three months. Five hours of staring down a restart screen, and multiple hard restarts later, it finally started back up properly. Then a couple weeks later it happened again. And now it's happened maybe five times?

I discovered a hypothesis on what causes this if any other LG victims have this same problem. When my phone is 75% ish full, processes appear to stop working. The phone itself stops working. Restarting is liable to render your phone forever dead. My only solution has been to preemptively clean it out every couple weeks. It's a joke.

And after my novel, I conclude the camera also sucks. Saving a bit of money is not worth the hassle of having a phone that won't work when you need it to.

Not sure what everyone else is on about with this phone but I haven't had anywhere near the amount of issues being reported here in the entire year or so I've had the Stylo 6.

memyselfandI, 12 Jul 2021phone worked fine until about two weeks ago. locking up, apps opening and closing on their own... moreSAME

The LG Stylo 6 does have NFC

Firebird, 03 Jul 2021This phone is crap. Should have figured one of the last phones LG will have would be like this... moreYou are right the phone does crash. And trying to tell t mobile this is very stressful. They act like they don't understand what you are saying..

I can’t fully express my hatred for the LG Stylo 6. System updates put this thing for a loop and always makes it worse in some way. Whenever I’m using it it never understands where my finger is on the screen and often shows me the notifications while I’m just trying to scroll or get into an app. I dread my phone shutting down because it takes 15 MINUTES (I TIMED IT) to turn on. I had to exchange my old phone because the entire screen was shattered, and being an older phone they didn’t have replacement pieces, so the t-mobile salesperson showed me this one. He made it seem like an amazing phone and the best thing ever when really this was my worst phone yet.... I’m so upset and if I could I would get my old one fixed and obliterate this piece of crap. Please go with Samsung or iPhone this experience has completely turned me away from LG.

phone worked fine until about two weeks ago. locking up, apps opening and closing on their own. LIke someone is in it doing it. screen flashing..unloaded suff out of one of my apps...worked fine for a bit.

Firebird, 03 Jul 2021This phone is crap. Should have figured one of the last phones LG will have would be like this... moreI agree. This phone is the worst! I thought it would be good because the other versions were really good, but this one is horrible.

This phone is crap. Should have figured one of the last phones LG will have would be like this. I enjoyed my 4, and the 5 was okay. But this one? Apps are constantly crashing, and I have plenty of space, and it's not like I have a bunch of apps up at once. I use my phone for my job and it constantly freezes and makes me restart the app, and then yesterday the phone froze completely. I did a hard restart and it continued to freeze as soon as it hit the load up screen, it took an hour to unfreeze. I am trying to deal with this long enough to get a new one, but after the full freeze up yesterday, it's a chore not to throw it into a river.

Brand new phone lags. Keyboard is shit. Touch screen is shit. Phone calls the mic works when it wants to. The screen does what it wants to. Total crap phone.

Total of 276 user reviews and opinions for LG Stylo 6.
ADVERTISEMENTS