Just days after it revealed some hardware details for the upcoming V30 smartphone, LG has now shared some of the software-related information. In terms of UI, the device sports the South Korean company's UX 6.0+.

While we already know that the V30 doesn't feature a secondary 'ticker' display (that was there in the V10 and V20), LG says the display has evolved to become what it calls a Floating Bar.

The bar, which is semi-transparent, can be used to access frequently used functions. In case you don't need it, you can drag it off the display (the second image in the screenshot below). Moving on to the Always On Display (AOD), the South Korean company says that aside from showing clock, the feature can also be set to display things like Quick Tools, Music Player, or even a personal photograph. 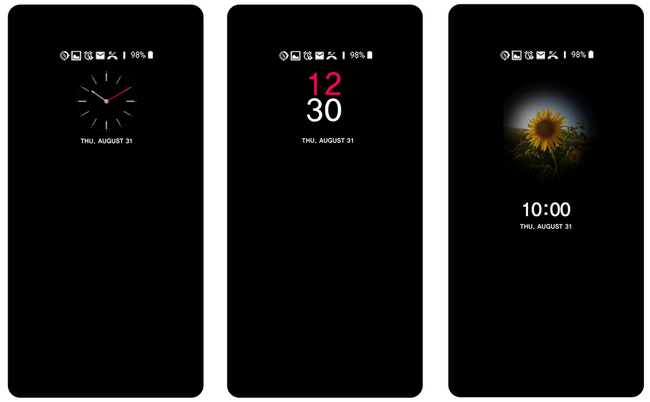 Now coming to security features, LG says the handset's Face Recognition functionality allows you to unlock the phone even when the display is off. And as for voice recognition, the feature uses a combination of the user’s voice and self-generated keywords to unlock the device.

And finally, "Haptic feedback on the LG V30 can be customized with various included vibration combinations that can be matched to the phone’s ringtone," the company says.

LG has also shared some software details related to the V30's camera. Head to the Source link below to access the complete press release.

You didn't read my comment properly. The vast majority of Apps, Games, and Videos target 16:9. Regular Apps will make the trend the earliest, but it will be a slow transition as developers in the Android ecosystem aren't obliged to follow Standar...

I'm glad the LG V30 will finally be using an OLED display. I've been seeing LG TV's with phenomenal panels and i always wondered why they didn't go ahead and use something similar on their phones. Personally that's the main reason i chose the OnePlus...

I just received the Nougat update on my T-Mobile LG V10. It's running better than ever now! Battery life seems to have improved. About 30 more mins of screen on time.