LG teases with the letter L, will give us the answer tomorrow

LG Mobile has suddenly become very obsessed with the letter L - it's all over their Facebook page. What's all this about? LG is clearly about to announce some sort of a mobile device, but beyond that we don't know anything else.

The first clue came about five days ago - it's a nature scene from the Academy Award-wining movie A River Runs Through It, which won one for Best Cinematography. So, is it a phone with a high-end camera? All LG's post says is that they'll "show you what brings 'timeLess fulfillment' to Life." (note the capitalized L's).

The next clue is a clip from a UNESCO documentary on Chinese architecture with a note "you'LL see how attention to detaiL makes aLL the difference". After that comes a trailer for the Bicentennial Man, because "future wiLL combine extraordinary technoLogy with a "genuineLy compassionate" heart". 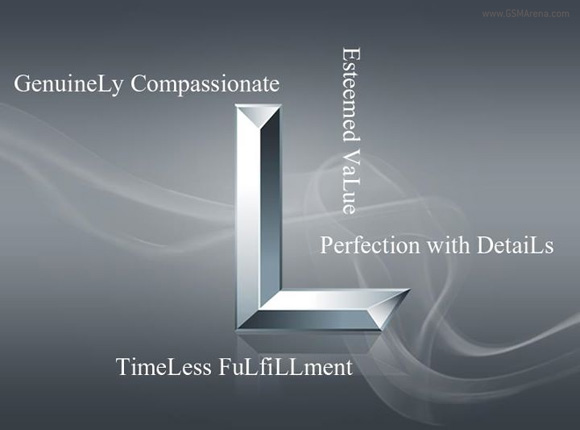 Then there's an interview about UNICEF with Audrey Hepburn whose "sense and styLe transcends fashion and her movies". And finally, there's the picture above along several other images of L.

Let's recap - technology, but also style, maybe something about cinematography and ties to UNESCO and UNICEF.

Okay, we have to admit we still have no clue what it is - there's an Optimus L already (Optimus L3 E400 to be precise) and we were more excited about another letter (X, as in the LG X3). We also thought of J, a J-shaped Bluetooth headset from Nokia, but we doubt all this buildup will be over an L-shaped headset.

They have promised to lift the curtains tomorrow, so we won't be in the dark for much longer, but it's always fun to play a guess game. Hit the source link to view the clues from LG Mobile's Facebook page and post a comment with your hunches.