LG's next mainstream flagship phone won't come with 5G connectivity and the company will instead launch a separate 5G handset during this year's MWC at Barcelona. The information comes straight from LG, so it's official as it gets. 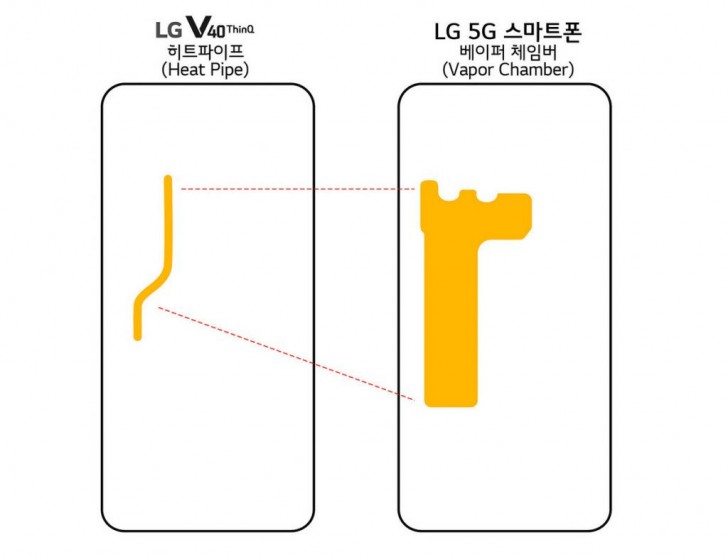 The company also adds that the phone will feature a big copper vapor chamber, which will be 2.7 times the size of the one on the LG V40 ThinQ and will hold twice the amount of coolant. This will significantly improve the cooling capabilities of the 5G-capable LG smartphone while utilizing the full potential of the Snapdragon 855 SoC.

Moreover, the phone is expected to appear with 4,000 mAh battery and LG promises the 5G modem won't affect battery life in a negative way.

We can also guess it will be the slowest phone updated on OS like what is typical for LG brand.

why do people care about design ??? it is not a car, it is a phone, kind of limited on options there. it is going to be in a case anyway. give me speed, high gigs, high pixel density, big screen and I am good to go. LG needs big rebound in US...

Will look just like every other phone out there.