LG is bringing a bag full of high-resolution displays to CES for the geeks who were good this year. Practically every size is covered - from 4.7" phone screens to 84" TVs - and they bet on thin bezels and high resolutions.

The pocketable screens start with the 4.7" unit, which aims to impress with a bezel that's only about 1mm thick, so phones that use it should be more compact than current 4.7" phones.

Then there's the 5.5" FullHD phablet screen, which packs 403ppi pixel density. That's close to the 5" FullHD screens that are going into next year's flagships and well above current-gen phablets.

Moving up in size, LG will also show off a 7" screen with 1920x1200 resolution and 324ppi pixel density (virtually the same as the iPhone's screen and higher than both the iPad and Nexus 7 pixel densities).

There will be a 13.3" laptop screen too, this one with an impressively narrow 2mm bezel. 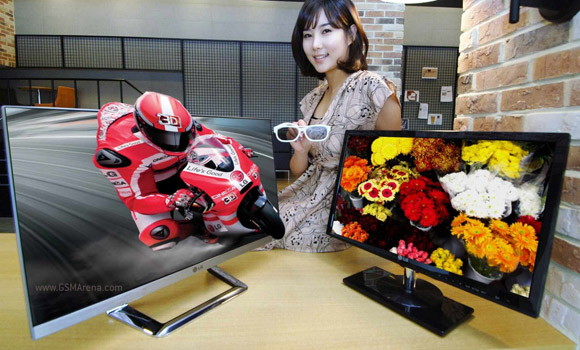 That's it for the mobile solutions, but the desk monitor and TV solutions continue with the high-resolution, thin bezel trend.

Returning from this year's CES will be the 55" WRGB OLD TV, which packs impressive specs despite being a year older - 4mm bezel and 3.5kg of weight (around the same as a 17" laptop).

This news is all about screen size and minimal bezel. I think LG is doing the right thing when it comes to future devices. Oh and I will buy the 7" tablet if it has 324ppi. I don't mind if it has a 8" screen with minimal bezel knowing that ...