LG has recently filed for a trademark on the X5 moninker with the Korean intellectual property rights authority. It's not just the name that's being registered, there's also a logo, with a notched X and a smaller 5 to go with it. 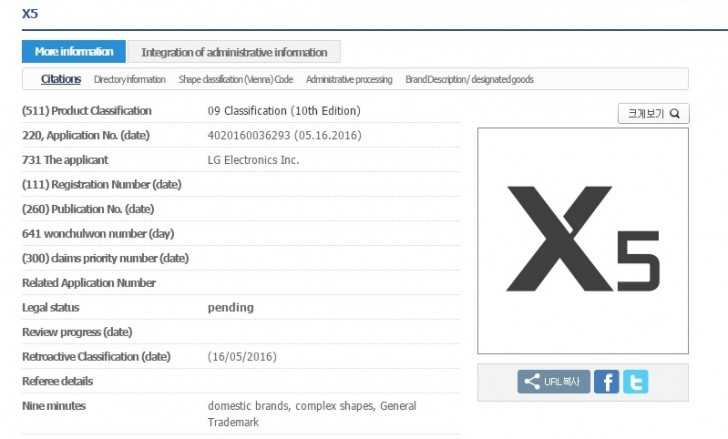 LG's X-series currently has the X cam and the X screen models, the two positioned somewhere in the midrange. Meanwhile, the LG G5 SE exists, but it's an alternative to the proper G5 for certain markets, and not really a model to be sold parallel to the G5.

It would make sense then for the LG X5 to be a more affordable version of the G5, inbetween the the flagship and the X cam. Or, it could be a rugged version of the flagship. Now, that won't be the most logical outcome given the current state of the X-series, but X does stand for eXtreme, right?

Why you hate me so much? Everytime I comment here, you always troll. I guess it's you who should be matured. Stop following me and we'll have no problem