LG U+ Pad 8 unveiled by the Korean carrier, LTE and GPS support mean it's ready to go

The LG U+ Pad 8 is meant to be used on the go, its 4,000mAh battery should give you 6 hours of usage. The tablet has LTE connectivity (a relatively slow 150Mbps down) along with dual-band Wi-Fi. And there’s a built-in GPS receiver if you need to find your way around. The FM radio is an odd but not unwelcome addition. 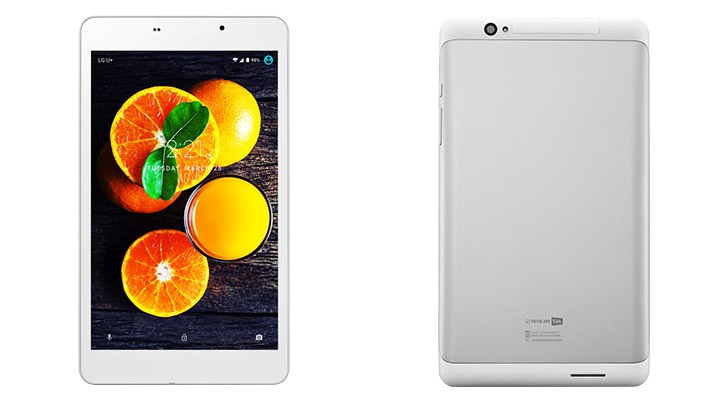 While the screen sounds pretty good, the internals are less impressive - MediaTek MT8783 chipset (octa-core CPU at 1.3GHz), only 2GB of RAM and 16GB storage plus basic cameras, 5MP (back) and 2MP (front).

Thanks for sending this in, Ani!

I want to set my 4G network

If the picture is correct this is an Alldocube "Cube T8" which has been out for a while. Mine only has 1GB RAM and a lower res screen, the configuration described here is called the T8 Ultimate or T8 Plus.

can this tablet comes in india