LG are releasing three music phones aimed at emerging markets - the LG GM310, GM210 and the GM205. They all feature Dolby Mobile and LG Sound Engine and have dedicated keys for the music player control. The three new devices are quite obviously targeted at the younger crowd.

The LG GM310 is a capable music phone in the slider form factor. It has 512 MB or 1 GB internal memory and support for up to 32 GB microSD cards. There's a 3.5 mm audio jack for compatibility with your favorite headphones. GM310 also sports a 3.15 megapixel camera with autofocus and Bluetooth 2.1. 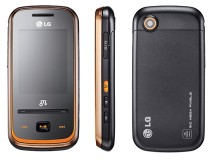 The LG GM310 has a touch-sensitive navigation panel with dedicated music keys, located under the 2.2" display with QVGA resolution. On the connectivity side, the LG GM310 offers tri-band GSM and dual-band HSDPA for up to 1.8 Mbps downlink speeds.

The LG GM210 and GM205 are a slider and a bar phone respectively and share a 2 megapixel camera in the specs list. The GM210 supports up to 4 GB microSD cards and USB 2.0, while the GM205 goes up to only 2 GB microSD cards but offers 2.1 channel speakers. 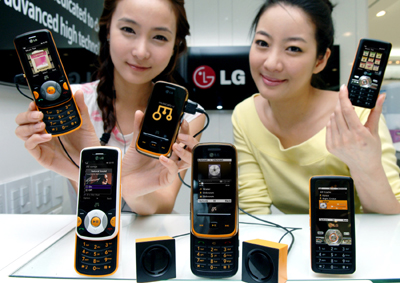 The phones will initially be released in emerging markets in Asia and Latin America, including Mexico and Brazil. After that they will trickle down to other markets launching in 30 countries in total. No word on pricing but they should be in lower midrange market price-wise.

LG chicks are awesome. Can't nokia do something like that?