LG unveils the Optimus 7 and the QWERTY-fied Optimus 7Q

If you happen to have missed that, today is the Windows Phone 7 day. And the first new phones have already started surfacing in their full glory. Now, meet the LG Optimus 7 and the Optimus 7Q, the company's first WP7-driven smartphones.

This isn't the first time we see the Optimus 7, but now we can finally get the answers of all questions concerning the upcoming phone. The LG Optimus 7Q on the other hand shows up for the first time.

Underneath the Windows Phone 7 platform you'll find some LG-specific features including the DLNA-based Play To, Voice-to-Text and Augmented Reality. All of them can be easily accessed through integrated Hubs or as Live Tiles on the homescreen. 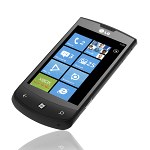 Play To is nothing more than DLNA-based sharing of multimedia content accessible for compatible devices. The Voice-to-Text feature lets you write emails, messages, notes or Facebook and Twitter updates by only using your voice where speech is automatically transcribed to text.

As for the Augmented Reality, it makes its way to the Optimus 7 through the Scansearch application, which allows users to get real-time information on diverse matters such as shopping, entertainment, banking, weather, etc.

On top of that the LG Optimus 7 packs a 3.8" capacitive WVGA touchscreen while the Optimus 7Q comes with a hardware QWERTY keyboard and a 3.5” capacitive WVGA display. Both of the also come with 5MP autofocus sharpshooters with Panoramic Mode for 360-degree shots as well as 720p HD video recording and standard 3.5mm audio jacks. 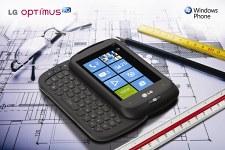 The two devices are powered by fast Snapdragon processors and 1500mAh batteries. Also on board there is 512MB RAM, 512MB ROM, 16GB of on-board storage and support for HSPA, Wi-Fi and Bluetooth.

Of course, the newly announced LG Optimus 7 and Optimus 7Q will also grant you access to services such as Xbox LIVE and Zune as well as to all applications made for the new Windows Phone 7 OS.

The happy couple is expected to start selling in more than 35 countries across Europe and Asia on 21 October 2010 but there is no word from LG on their prices.

Too bad it has a TFT LCD and not AMOLED. What about http://www.gsmarena.com/lg_gw910-3345.php ? Does anyone have any idea when and if it is going to be launched? Looks better and is also equipped with an AMOLED screen :-(

Sorry, n8 is only for brand-lovers. We're in the age of OS-wars. And right now iOS and Android is dominating. WP7 is coming in with an impressive new look and feel. What is Nokia doing? Still trying to run their own show with their own software. Get ...