That was a longwinded description of features, but the LG V10 is actually very easy to work with. In Simple mode you pretty much point and shoot, there are no options. You can't record video in this mode though.

You need to move to Auto for that, which gives you the basics - flash mode, front/back camera toggle, HDR, panorama and time lapse. You also get to adjust the resolution of photos and videos.

The stabilization settings changes from OIS to Steady. Optical image stabilization is always on, but you can trade some field of view for extra smoothness with the digital stabilization of Steady mode (note that this is available in 1080p only, not 4K).

Here are three videos showing the stabilization prowess of the LG V10 at 4K and 1080p resolutions.

The camera uses the second screen to place the mode toggles and during video capture it turns into a zoom dial (1x-8x). 120fps slow motion is available at 720p resolution.

Then there are two manual modes - Photo and Video - and the Snap mode.

The LG G4 camera was among the best and the V10 uses basically the same hardware. It's driven by a revamped camera software though. We'll include a few DNG RAW files so you can try processing them yourself, but be warned - even just matching the JPG quality takes a skilled hand.

The image quality is highly impressive, basically identical to the great LG G4. Photos are rich in detail, with little noise to get in the way and strong, artificial sharpening. The noise reduction can be too aggressive on foliage though. Colors are fairly accurate, though the red channel is off and we noticed a slight yellow tint on a few occasions.

The dynamic range is good, it sacrifices the highlights if it isn't wide enough.

Some LG G4 shots for comparison

HDR can be a great help, it rescues the highlights and also brings in additional detail to the shadows. It boosts the sharpening, however, creating a small halo.

The Panorama mode stitches images perfectly and creates an image just over 5,000px tall (just under 3,000px if you shoot horizontally). The final image is as sharp as a single photo, though an Apple-like HDR mode for the panorama would have been nice. Even without it, the dynamic range should be good enough for most shots. 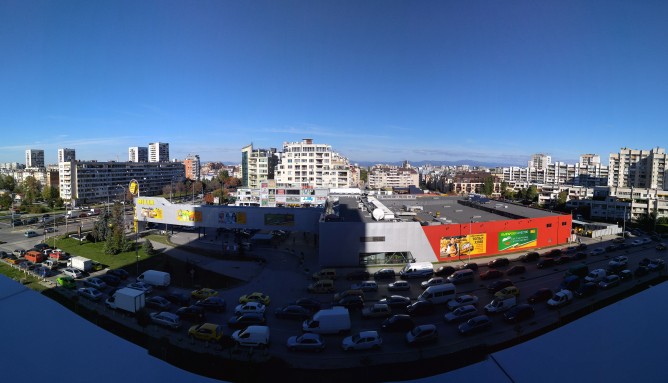 The 5MP selfie duo doesn't quite live up to the quality standard set by the main camera. There's a bit more noise, but the amount of detail is great for the resolution. Note that the wider 120° lens create a noticeable barrel distortion. On the upside it captures a great deal more of the scene behind you, both horizontally and vertically.

We played around with the Multi-shot mode and were a little disappointed to find out the results are saved at under 4MP. That's less than the resolution of the selfie cam and greatly sacrifices the quality offered by the main camera.

In the dark, the single LED flash proves powerful enough to capture great shots of near-by subjects. The wide f/1.8 aperture gets part of the credit too.

A night-time photo with flash shot on auto

We brought out a tripod and tried some multi-second exposures. With the ISO set at 50 and the shutter speed at 2s and 4s, the LG V10 managed a beautiful, noise-free view of the cityscape as background, while the flash helped render near-by objects perfectly. Note that we used rear curtain sync to get this shot, the regular mode tended to overexpose things.

Here are a couple of DNG files you can download to try in your favorite RAW editor. 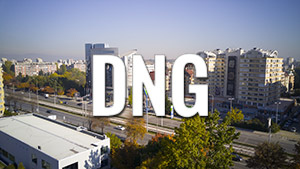 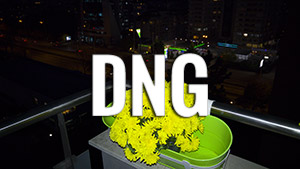 Check out the LG V10 in our Photo quality comparison tool:

The 4K videos have 48Mbps total bitrate. They are as smooth as 30fps videos can be and the image quality is excellent - plenty of detail, little noise. The colors are identical to the still photo camera, accurate save for the red channel.

We've included videos shot with the LG G4 for comparison.

1080p videos are shot at 17Mbps and the quality is great. At this resolution you get the option to enable digital image stabilization, the Steady mode. However, this will shrink the field of view noticeably.

The video camera quickly locks focus and is fairly good at holding it steady. There are a few occasions where its focus started hunting unnecessarily though, which is rather annoying. It's not a first for an LG handset either and we think it's about time the Koreans do something about it.

Regardless of resolution, the audio is recorded in stereo at 156Kbps. While we would have appreciated a higher bitrate, the mics are very good and you can listen to minute details in the scene.

The optical image stabilization does an okay job of smoothing out camera shake, but it can't correct the stronger jerks. The digital stabilization may well be worth it as it produces much smoother videos.