Update (Dec 16, 2016): We've received the final firmware for our V20 review units and we're updating what needed updating. We've reshot the camera samples, rerun the benchmarks and, of course, redone the battery tests - head over to the respective pages.

If the LG V20 was a superhero - and we're not convinced that it's not - its superpower would be to have two of everything (or more!). Two screens, two cameras, four DACs, two apps on the screen, the list goes on and on. 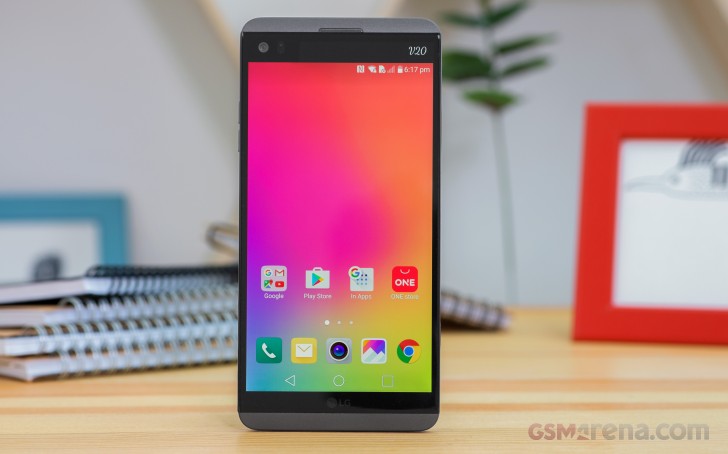 The LG V20 is an exploration into the future of smartphone multimedia. It continues LG's pioneering work with dual-cameras (the wide+normal kind) that a certain market leader recently adopted. It's a pocket music studio too. Its mics can record the loudest rock concert with perfect clarity - 24-bit/192kHZ FLAC audio. Playback is stellar too, it can drive studio-quality high impedance headphones with its four DACs.

One day we'd certainly remember the LG V20 as a pioneer in many respects. It sure is the first with Android 7.0 Nougat, but what else? Here's the full specs list to get you started.

LG overengineered the V20 in the best sense of the word, other phones will be playing catch up to some features well into 2017, not to mention the physical durability of the phone.

It is built with high-quality aluminum and its durability measures up to military standards, yet it keeps the removable back and battery (coveted features few flagships offer).

The V20 audio credentials are insane. The camera too finds a way to one-up the competition and is the first to use Qualcomm's digital image stabilization that augments the optical system.

And did we mention it launches with Android 7.0 Nougat before even the new Google Pixel phones are announced let alone available? Oh, yeah, we did.

In many ways, the LG V20 is a preview of what features other flagships will have next year. But there's no need to wait - the future came early. Join us in exploring it on the following pages.

This was a great phone, who did not like the OLED contrast will enjoy the greatest LCD panel, not just ordinary LCD Panel but Quantum Display, the colors is really great not too vivid like oled even the black colors is nearly black should be The...

yes, and some versions with dual sim as well (can use dual sim and micro sd slot at the same time)