When LG introduced the V-series, it was clear that the G-series lost its "Best of LG" status, but back then we didn't feel that as strongly as we do now.

The move from the G4 to V10 was a surprising one - a more rugged phone with a secondary always on screen. V10's rubber back was grippy and durable, but its looks were controversial and divisive. The dual selfie cam was a novelty, but not a killer feature as image quality was hardly up to scratch.

The jump from the G5 to the V20 feels much more natural this time. The unpainted metal feels much better and the removable back cover is more solid than G5's gimmicky modular design. Dual-FoV cameras on the back are as good as the G5's, and they have new tricks like the improved microphones and Qualcomm's EIS image stabilization. And MIL-STD-810G shockproofing is back, this time, without the rubber mat of a back cover. 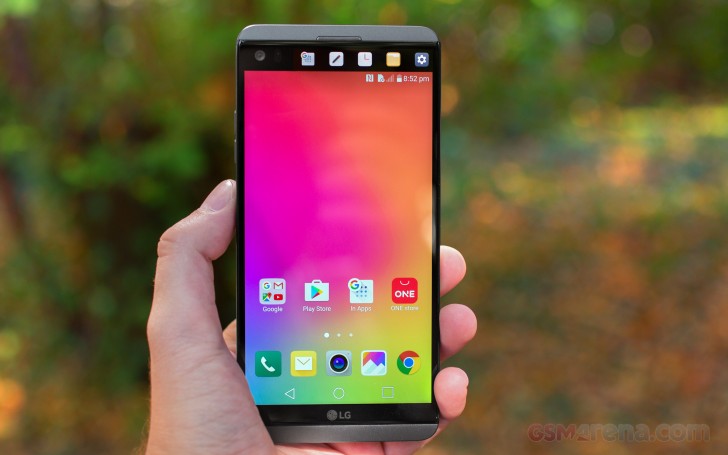 Both the front and back cameras of the V20 offer two field-of-view modes and a smooth zoom between them when shooting video. The mics can record anything from a rock concert to F1 race cars engine sound without distortion. Add the quick charging and a replaceable battery and the LG V20 sounds like a dream for vloggers in the field. Especially ones that drop their phone now and then (hooray for shockproofing).

Aside from some improvements, the LG V20 borrows its main camera from the LG G5. That one doesn't have a dual selfie cam, but it has a higher resolution sensor (8MP vs. 5MP). Also, the main screen is always on, so the clock shows big, easy to read numbers. It's the small things. The G5's modular design hasn't seen new modules since its launch, and it's not shockproof. You get a smaller battery too and will have to wait for Nougat. Still, prices have fallen, and you will (eventually) get the same excellent features) so it's still a solid deal.

The Samsung Galaxy Note7 is the top gun from the opposing camp. It's waterproof, and its screen offers excellent color accuracy and an always on mode. The (single) 12MP camera has Dual Pixel autofocus, which is the fastest and most accurate AF yet. On the other hand, you can't swap the battery and Nougat is a planned upgrade, not an at-launch feature. Also, there's the whole battery-related recall going on.

Of course, "the opposing camp" can be understood to be iOS. And indeed the new Apple iPhone 7 Plus has a dual-camera - 12MP + 12MP - with a wide-angle and normal lenses respectively, similar to the V20.

The screen of the smaller iPhone impressed us with brightness and color accuracy and the 7 Plus screen will be the same. This iPhone is waterproof to boot, IP67-rated, and the performance of the in-house Apple chipset is unmatched.

The Huawei P9 Plus has a dual-camera setup too, but the second eye captures artistic Black & White photos (and also captures more light). The metal build of the phone houses a 5.5" Super AMOLED screen (but at 1080p resolution and no Always on function) plus stereo speakers.

The Moto Z tries to create a market for modular phones and has more modules than the LG G5 got (including projectors and a Hasselblad camera). The Moto Z Force version isn't as widely available, but it improves the subpar battery life of the Moto Z (3,500mAh, 88h Endurance vs. 2,600mAh, 53h Endurance).

And it gets a better camera too - 21MP with a bright f/1.8 aperture and OIS, plus the same autofocus tricks as the LG . The 5.5" AMOLED display (QHD) features a Shatterproof glass too. Lenovo's commitment to updating the Moto line's software isn't quite as strong as it was under Google's leadership, though.

The ZTE Axon 7 dropped the dual camera setup of its predecessors, but it's an affordable flagship killer, if we're allowed to use this as a more generic term. Its main camera is solid - 20MP, f/1.8, OIS. The 5.5" AMOLED screen (QHD) is flanked by stereo speakers backed by Dolby Atmos (they are loud). ZTE even hinted that it's working on the Nougat update. 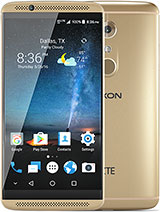 The OnePlus 3 is similarly specced high and priced low. It features a 5.5" AMOLED screen (1080p) built by Samsung and its close-to-AOSP software already has an experimental build of Nougat-based CM14. The phone is future proof with 6GB of RAM, but storage is fixed at 64GB.

The main 16MP camera features OIS and it's paired with an 8MP selfie cam that boasts large pixels (1.4µ). The OnePlus 3 fingerprint reader is so fast, it earns compliments left and right.

LG builds "ahead of their time" features into its phones. The modularity of the G5 didn't stick, it seems, but the dual-camera design of the V10 did. So much so that even Apple followed suit, though only with one camera so the LG V20 is a step ahead.

Flagship smartphones have become commoditized, so it's always exciting to see a spark of innovation. We think the LG V20 will appeal to early adopters, who love to engage with pioneering new features. It's also a phone built for durability and longevity - something all consumers would appreciate. It's a shame that the European market will see little of the V20 as LG is focusing on other markets who are perhaps less conservative and more receptive of the V20 cutting-edge features than the Old Continent. Whatever the reason for this strategic move, though, we certainly enjoyed our time with the smartphone and we can't wait for our second meeting.