LG V20 leaks in another render

The LG V20 has been blowing up lately and understandably so, since the company has already set a grand unveiling in San Francisco a few days from now, on September 6. Regardless, however, we still have little more than speculations to go by as far as specs are concerned. But, we have been seeing quite a lot of the device in renders and more-recently, case leaks, so we at least know what to expect design-wise. 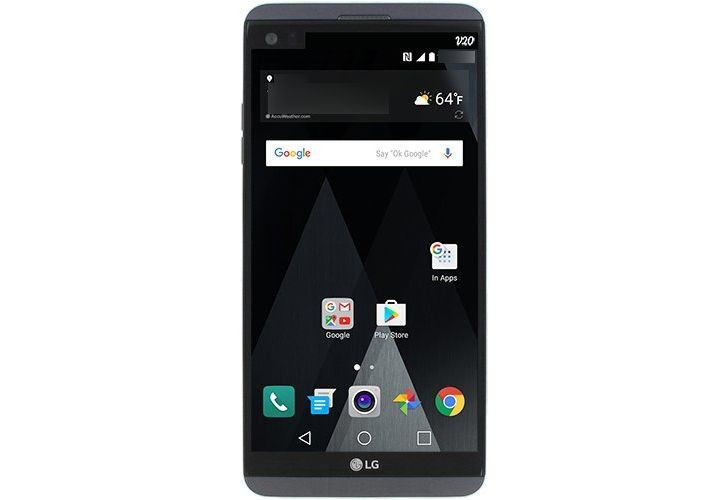 This general outlook on the phone was just reaffirmed again by a new render, courtesy of Evan Blass, also known as @evleaks. The image in question shows the front of the unit and highlights its similarities with the current LG V10. The distinctive secondary screen seems identical in both size and place. We can only hope to see some extra features for it this time around, as the V10 didn't exactly take full advantage of the extra hardware.

The back of the V20 should be similar to the G5, likely equipped with a dual-camera setup as well. The rest of the supposed hardware in the phone include a 5.7-inch QHD display, Snapdragon 820 SoC and 4GB of RAM. LG bragged about excellent audio quality on the phablet a few days ago and there have also been rumors about a 32-bit Hi-Fi Quad DAC going around. The V20 is also likely to be the first phone to ship with Android 7.0 Nougat out of the box.

Actually, I used to have An Xperia Z3 and it had some of the best speakers in any phone till today and used to blast music all day long. It's just a joy listening to such good speakers

I know is not a real photo. But it could be a real render.