LG has just shared some camera-related details about its upcoming V30 smartphone. The South Korean company claims the device "will include the world’s largest aperture and clearest lens ever to be featured in a smartphone."

The V30, like its predecessor, has a dual camera setup. However, the company says the main camera module includes an F/1.6 lens (a first for LG), which delivers 25% more light to the sensor compared to an F/1.8 lens. 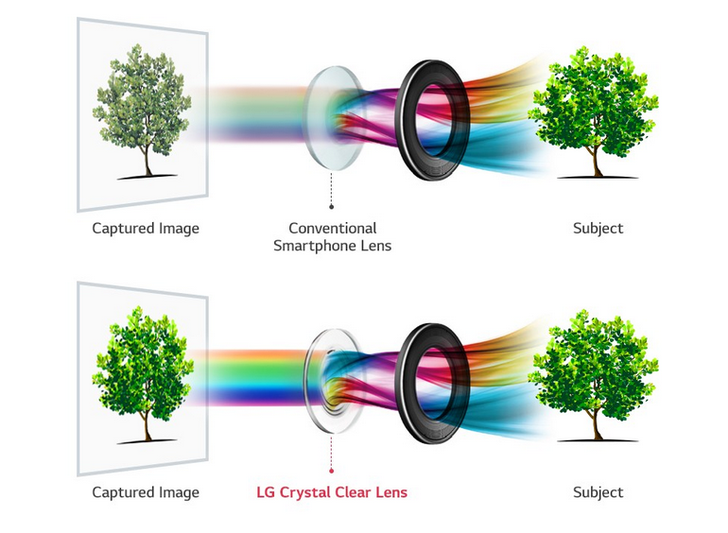 The company also claims the V30 wide angle camera has 30% lower edge distortion compared to the V20's. It was also revealed the rear camera module on the upcoming phone is 30% smaller in size compared its predecessor.

Aside from this, in a separate press release, it was announced that the V30 and other future LG devices will feature Immersion’s TouchSense technology for high-definition haptics. It's claimed that this technology "enables device manufacturers to simulate the connected experiences of the real world."

With haptics, users are able to feel the buttons on a mobile screen. Gamers feel the G-forces applied to a car around an S curve. And movie watchers feel the percussion of an explosion.

It's really just a vibration motor, even old phones have it. Apple just used it contextually. It's "ancient" technology imho, it just recievend new purpose.

Xperia Z5's digital zoom is amazing, what are you talking about?

Somebody needs a technology lesson here kiddo.. "A camera module is an image sensor integrated with a lens, control electronics, and an interface like CSI, Ethernet or plain raw low-voltage differential signaling"