LG V30 will have Daydream VR support when it launches, Galaxy S8 to get it this summer

Among many announcements, Google took the time to do something out of the ordinary at its IO developer conference today too. Namely, spoil one spec detail about an upcoming smartphone. We're talking about the LG V30 and its rumored OLED touchscreen, which is now pretty much a given.

That's because Google unveiled the fact that "LG's next flagship smartphone" will have support for Daydream VR. And while the Daydream VR spec says nothing about display technology directly, the maximum latency it allows basically means that no phone with an LCD panel can be certified as Daydream compliant.

Hence, our assumptions: one, that LG's next top of the line handset will be the successor to the V20 from last fall and be called V30; and that it will boast an OLED panel instead of LCD, thus making the Daydream VR support possible. This move would mark LG's return to using OLED screens for at least some of its devices, after having given up on the technology once it decided to discontinue the G Flex line. 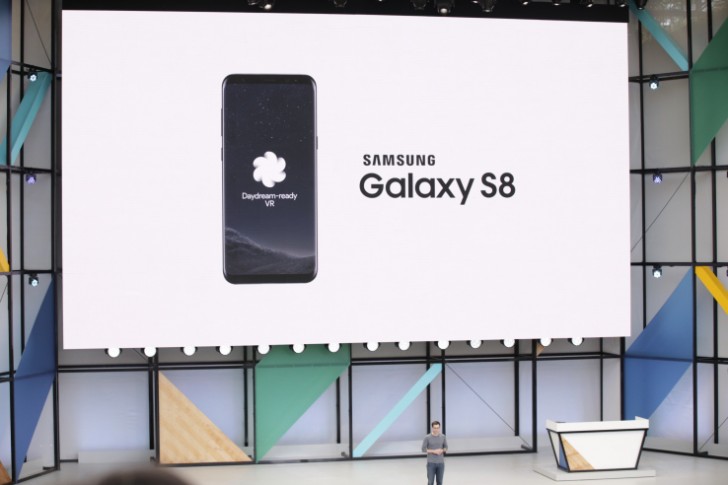 Samsung's Galaxy S8 and S8+ are also getting Daydream support, at some point "this summer". This has been revealed by Google as well, but it's still anyone's guess why the phones didn't just launch with that built-in from day one. Anyway, it looks like the Daydream VR program could be getting some more traction this year.

Great! It always seem weird that LG touts the benefits of OLED display for it's TV and yet uses LCD for it's flagship. Finally, I'm happy that the V30 will have an OLED screen. Hope it will also have a large 4000+ mAh battery, FM Radio, IP68 ra...

V30 will have a sealed battery and OLED, I called it.