Last month we saw images of the back panel of the LG V60 ThinQ, which suggested the smartphone will feature quad rear cameras. Now we are looking at yet another image, shared by reliable leakster Evan Blass, which confirms the smartphone will indeed arrive with a quad camera.

The picture also reveals that V60 ThinQ will sport a notched display since the selfie camera is placed in the center. Besides, it confirms that the smartphone will feature four microphones and pack a 5,000 mAh battery. But do note that the V60 ThinQ won't have a transparent back, which is what the image suggests.

That said, a second picture shared by the source reveals the smartphone will have its USB-C port located at the bottom, flanked by the speaker and the 3.5mm headphone jack. 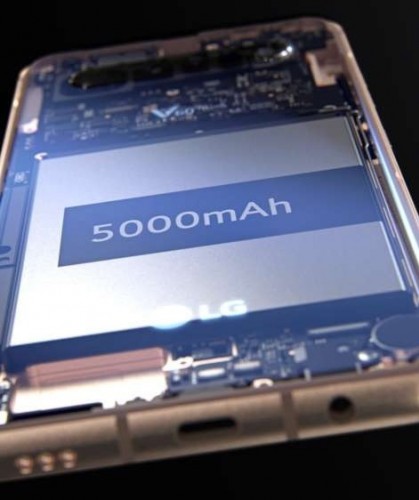 There's no word from LG about the V60 ThinQ yet, but a report from South Korea last December claimed it will be unveiled at MWC later this month, with 5G support and improved DualScreen. But since LG has pulled out of MWC, it's unclear when exactly the V60 ThinQ will go official.

As Zack from JerryRigEverything says, 'There is always room for the headphone jack' @ 5:50 on the Note10+ (which he now owns) Teardown video: https://youtu.be/-f7B9fBJJug

DACs themselves have minimal output impedance, if the impedance is high, the problem is their amp. Incidentally, how high is it? 1ohm is still acceptable, 2ohm would be a serious PITA.