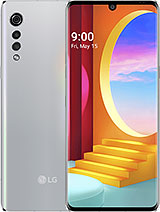 Muzik, 24 Jan 2021Hi, I just listened to Samsung S20+ with its AKG Type-c earphones. I can say it was very good... moreIn case of S20 series they do not have their own DAC....The 3.5 mm dongle they sell is based off a Realtek codec with a weaker amp stage. And for some reason it works better on a Samsung phone than on a non Samsung device.

The AKG earphones probably have the same chip built in....you can get a good experience from the S20/Note20 series by buying a higher end Realtek DAC based usb type c to 3.5 mm converter and using your favorite earphones/headphones. It sounds next best after an LG.

Samsung phones with an Exynos chipset and a 3.5 mm jack also usually have a Cirrus Logic DAC which is competent enough. But like I said, you can't beat LG.

XLR8R, 18 Jan 2021Zero 8i is good, better than S5 Pro. As for Vivo, both their product quality and lineup wen... moreI have an eye for Zero, but I always find Infinix to be a step behind Redmi/ Poco/ Realme for same price.

You are on-point with drop in product quality in recent Vivo smartphones. I don't like any of their phones available in India since 2019 onwards. In my eyes Vivo's 2018 flagship, the NEX (NEX S in China) was the best phone they ever made. I also liked the 2018 bound Vivo X21 (X21UD in China) which you own. It has similar looks, curves & built quality of the NEX but with mid-range specs.

RishiGuru, 12 Jan 2021Sound signatures vary according to audio tuning houses. B&O tuned LG's have clean &am... moreHi,
I just listened to Samsung S20+ with its AKG Type-c earphones. I can say it was very good experience in terms of quality and loudness but that punch is lacking. But when I try that with original Type-c connector paired with Sony earphones, they just sound outstanding and balanced. The loudness is almost 80% as compared to LG but thats make S20+ best Non-Chinese, Non-LG phone out there. I recommend that to one friend and that turns out to be very surprised. Let me know if you have experienced that.

RishiGuru, 23 Dec 2020How about the Infinix Zero 8i? Do you think 8i is worth the extra cash over S5 Pro considering... moreZero 8i is good, better than S5 Pro.

As for Vivo, both their product quality and lineup went downhill since 2019. I guess they stopped putting the AKM DACs because not many people actually care about sound quality....

Muzik, 11 Jan 2021Hi, I totally agree with your points. I know what you said because I researched a lot about ... moreSound signatures vary according to audio tuning houses. B&O tuned LG's have clean & neutral sound while that of Meridian Audio is energetic & ravishing. Your G7 is tuned by LG itself, so slightly different to B&O.

At the end it all boils down to personal preferences, as we all are treating sound quality subjectively with our ears. Which ever suits your acquired taste, gun for it & be happy.

RishiGuru, 11 Jan 2021I agree. The QuadDAC you are refereeing in your LG G7 is actually ESS ES9218P SABRE audio c... moreHi,
I totally agree with your points. I know what you said because I researched a lot about sound designs as I updated myself when times needs it. Like Cassette, CD player, Mp3-Mp4 Player, iPods etc... ESS is the best for me. V30+ may have good sound (I didn't experienced yet) but at that time G7+ had latest specs like processor and RAM. I checked V30's sound and I all difference I made that time was just a little more filtered sound in Lg G7+. Thats why I choose this one.
But V40 was tuned by Meridian and I can hear the difference while enabling DTX. Both had different level of output one is clear and one was enhanced. So, I didn't updated mine to V40.
As fas as Sound is concerned, I didn't find any mobile (Non-Chinese) which can give Loudness + clarity at the same time.
You can suggest me (Non-Chinese) if any is there. Will experience them for sure.

Muzik, 07 Jan 2021Hi, I checked the sound quality of Velvet by myself. I can say it is very good quality as comp... moreI agree.

But everybody make no mistake, WCD9341 in NO substitute of ES9218P.

I have a lot of smartphones but only 4 qualifies for my critical music listening sessions. They are LG V30+, LG G8X, Vivo NEX S & Vivo X5 Max.

XLR8R, 22 Dec 2020The Velvet packs an audio punch even without the quad DAC. Using the same earphones I was hear... moreHi, I checked the sound quality of Velvet by myself. I can say it is very good quality as compare to Non-LG phones. But it is no where near to QuadDAC (LG G7+ thinq). The loudness with crystal clear up and downs of Flac file in QuadDAC is far much superior then Velvet. I am using m-50x and sony H500A wired version. And they just explode with QuadDAC. Great listening experience.

Joel maguru, 07 Jan 2021How's the audio quality of this phone ? Hi, The sound quality is as good as a normal Snapdragon sound card performs. In other words, It is as good as if we turned off QuadDAC of LG G7+ thinq. It is very sharp but not that louder.
I didn't buy this mobile beacuse it is not much different then my LG G7+ thinq in specs other then camera. And sound quality is down point. But if you haven't experience any QuadDAC phone, I suggest you to go for this one.
QuadDAC is far more superior quality as compare to this one.

Muzik, 22 Dec 2020I never tried any Chinese brand ever. Lets see if croma stores have this mobile, i will check ... moreHow's the audio quality of this phone ?

Anonymous, 05 Jan 2021What is the SOC of the phone? Will the Snap 845 be better in terms of battery over the Snap 765G?No. 845 is faster but has a larger nm. And it will be probably has worse battery life than the already bad battery endurance of 79h in the 5G model.

What is the SOC of the phone? Will the Snap 845 be better in terms of battery over the Snap 765G?

XLR8R, 23 Dec 2020I understand where you are coming from. There are value phones out there that can give better ... moreNo no no that ain't how this works. Companies don't get to decide who their phones are competition for. They're either competition for other phones out there in their price bracket or they're not. Brand means nothing.

XLR8R, 23 Dec 2020Its just that Vivo has dedicated its efforts towards the V series in India, so these devices g... moreHow about the Infinix Zero 8i? Do you think 8i is worth the extra cash over S5 Pro considering the substantial spec bump?

Regarding Vivo I don't understand why they did not released the successors of Vivo NEX S in India. Also I hate the fact that Vivo even being so inclined towards audio is ditching the audio jack. I hate their X50 lineup just for that. However I must admit TWS is a billion dollar industry and all manufacturers wants a piece of it.

RishiGuru, 23 Dec 2020Sorry to hear that. However it seems Vivo is putting good effort to keep their NEX lineup up t... moreIts just that Vivo has dedicated its efforts towards the V series in India, so these devices get updates faster. Nex is the global flagship and X21 didn't sell well enough for them to put resources on the X series.

I quite liked the build quality of Infinix S5 pro though the speakers arent that good. Rest of the phone is passable but the camera is good for the price.

XLR8R, 23 Dec 2020Unfortunately, not yet. Vivo will deliver this update though at some point.Sorry to hear that. However it seems Vivo is putting good effort to keep their NEX lineup up to date.

Both X21UD & NEX S got released in 2018, Q2 and arrived with Android 8.1. However my NEX S gets regular updates receiving Android 10 on Apr, 2020. It was good to know NEX S will get Vivo's latest OriginOS flavor next year. This means NEX S released on June, 2018 with FuntouchOS and Android 8.1 will finally be updated to OriginOS over Android 11. Awesome if this reaches global ROM users.

One question, from the bunch to Techo & Infinix phones available in India which one do you rate the best? I am keen to buy one.

RishiGuru, 22 Dec 2020I am inline with your views. BTW, did the Vivo X21UD received Android 10?Unfortunately, not yet. Vivo will deliver this update though at some point.

joe nodden, 22 Dec 2020Any complaints I have about LG that don't relate to this phone do nothing to influence my... moreI understand where you are coming from. There are value phones out there that can give better specs at this price.

But LG isn't competing with Realme, TCL, Xiaomi, Poco or Tecno/Infinix. Its competing with Oppo, Vivo and Samsung. At the price you buy the Velvet 4G, the options are Samsung's S10 lite or S20 FE (if you pay extra for that dual screen AND run for discount at Samsung), the Oppo Reno phones and Vivo's X series.

If you compare this to something like a Vivo X50, you'll be hard pressed to find anything this phone is much worse at, while there's at least some things this phone is much better at. This phone has no standout features maybe, but I really didnt see any real bummers either.

XLR8R, 22 Dec 2020Its about as useless as IP68, seeing no one warrants that for water resistance anyway. This... moreAny complaints I have about LG that don't relate to this phone do nothing to influence my opinion here.

This is a 500 euro phone released in 2020 with an SoC from 2018, no high refresh rate display, not even a high resolution, not any redeeming features whatsoever, not the cameras, not the battery, not the charging speed, not the size, especially not the software, and despite this being LG, not even the headphone jack. (Worse than 90% of LG's other jacks) Personal bias changes literally nothing about that.

XLR8R, 22 Dec 20205G does not make sense yet as the major countries in the world have not yet finalized the band... moreI am inline with your views.

Total of 153 user reviews and opinions for LG Velvet.
ADVERTISEMENTS