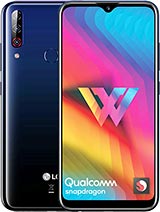 front flash light available or not

Bagyanath, 22 Oct 2020Worst phone seriously. It's been six months since I have been using this phone. The phone... moreBe careful. All LG low end and mid range phones (W series) are made by other ODMs, and mostly belong from China. These are not true LG phone designed by LG, Korea. Only the flaship grade LG's are real LG's the G series, V series & Velvet.

Worst phone seriously. It's been six months since I have been using this phone. The phone is getting hanged very very frequently. Just because I thought of not to buy Chinese phone I went a head and bought this phone. But very much disappointed

K. K. VinayKumar, 29 Oct 2019Yes, it has.This phone charger is supported for one-month ...charger has notworking for my phone i have a buying new charger...this phone charger and phone go to trash
...

The worst phone I've ever seen.
The worst version of Android 9.
The ear piece gives noice while using.
The sound swings/modulates while playing videos.

or you have to understand is this phone was way ahead of its time and the width being 3 in or 2.99 is a very wide phone they don't make them like this anymore and the fact that you get three cameras and all kinds of different ways to operate them you may give up some things and hardware but being that it's still an Android it's a very fair trade they don't make phones like this anymore and if you're really interested check out the v20 which is a real anomaly
Paulie

does it have USB OTG?

does new lg phones like this has Capture+ ability in navigation bar?

It would be better if Type C charger is available.

afronoia, 01 Aug 2019SD4xx for $200? It seems that LG never really trying in smartphone realm, and focus their busi... moreI should've read more before commenting. I write after looking at Stylo 5's specs. Why gsmarena only allow unregistered user to edit/delete comments?
But anyway, I think SD632 for $160 is good enough, though it won't stand out from its competitors. If they release an SD7xx phone for around $200, I will definitely considering to buy it.

SD4xx for $200? It seems that LG never really trying in smartphone realm, and focus their business in other products. They keep making phones with low specs with price tag high enough to get mid-end phone from another brand. If only they reveal the reason behind it (perhaps they only use high quality internal components, for example), then maybe I can understand the price tag.

I remmber LG made best models LG G2, G3, G4, G5 then they take reverse gear and start making featureless phone!!
They shoud learn from Huawei and specially p30 pro, mate 20 pro the best models in the world i never ever seen,

mobile phone manufacture comes and go but lg is still continue on growth.Mobile is over all good on its price.

I think LG needs to give us Redmi Note 7 Pro specs in the shell of Redmi Note 5 AI/Pro. Only then LG can win.

So W series is to compete with Redmi series? Then LG needs to work harder and give us better specs at lower price.