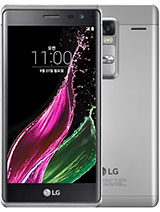 Lily, 27 Mar 2016I'm choosing between LG Zero and Oneplus X. What do you guys think?You kidding? OnePlus X of course. You won't find any phone for this price which comes anywhere close to it. The only thing stopping it from literally being the perfect phone is no NFC or apt-X for bluetooth, which means no high quality audio bluetooth streaming for music and no near-field communication with other NFC devices or tags. If you don't care about either of those things, then definitely the OnePlus X.

Got this phone for 140€ ..Totally worth it..It looks like 500€ phone ..It has good cameras .Its fast.Good display.Battery life is good enough.
Well done LG .My respect.

So I bought this phone,everything is fine but i accidently scratched a corner,how Can i cover this?

I'm choosing between LG Zero and Oneplus X. What do you guys think?

this phone is super fast...faster than my s4

can i remove battery?
i mean battery lid

How about the sound quality via a third party high quality headset..

Yes I got this phone for 250e without contract or any other liabilities. I was choosing between LG Zero and Huawey P8 Lite, because both have quite good features, nice designs and simmilar prices, but desided to take LG Zero, because i trust LG brand more than Huawey:)

There are 2 versions of this phone?
Which one is 250€?
If it's the version with up to 128MB storage extension and 2GB or RAM and without 12 to 24 months of slaving contactract,then it's a good price.
In about 3 months I should be able to afford 250€ phone,and if it is above mentioned version,then it appears as an excelent candidate to replace my Nokia Lumia 520 even though GPU is nearly if not completely identical.
The important thing is to smootly or at least relatively smootly plays Star Wars:Knight of The Old Republic one of the greatest WRPGs(and games in general)ever made.Perhaps the best.
Now I know mobile phones usually suck for playing console/PC games via touchscreen interface,but for the most part it's not very dynamic game even in combat,so it should be fine.

I think this phone is good enought for the price. 250euros is not that much for it, there are so many phones which have simmilar features and they are more expensive.
I like this phone design, metal body looks expensive. Both cameras are good. Just maybe the battery capacity could be bigger, but it depends how much you use the phone, if you online all the time so yes it would be to small capacity but if you are normal user I think its enought.

How they will sell such model, ROFLMAO nobody will buy this :-D

So you overpay at least a 100 Euros just for a metal body? What is the point of this phone even existing? There are a lot of alternative choices with same or even better specs for up to 200 Euros cheaper!

Amazing phone, with good features for the price and the best is nice design!

Can mention lot of advantages: good main and secondary camera, fast - dont lag at all. And like I mentioned before the best is this phone look - slim, metal body, elegant and diferent look from other phones:))

Problem.if i make a call via car bluetooth there is no ringing tone. Any help

heptor, 23 Sep 2015oh, come on, admite it! you're a samsung troll, aren't you? just say "yes"; it should be enoug... moreIt's NOTHING like the G2 or G3. The G2/3 have SD800-class SoC's which are WAY faster than this piece of crap despite being 32-bit only. It should at least have an SD6xx-series SoC for this price.
This phone is fashion over substance. A bad move for true tech-savvy enthousiasts. I'd rather buy an LG G3 over this one.

Total of 134 user reviews and opinions for LG Zero.
ADVERTISEMENTS