Since the G6 was unwrapped at MWC last year, you might expect LG to unveil the G7 at the end of this month in Barcelona, but you'd be wrong. The Korean company has recently decided to overhaul its launch strategy, so all we're getting at MWC 2018 is apparently an AI-infused iteration of the V30.

LG's true next flagship smartphone is set to arrive in June, according to a new report from VentureBeat's Evan Blass, a.k.a. @evleaks. This device will not be called G7, which means we may bid farewell to the G series. Right now it's known only by its codename: Judy. 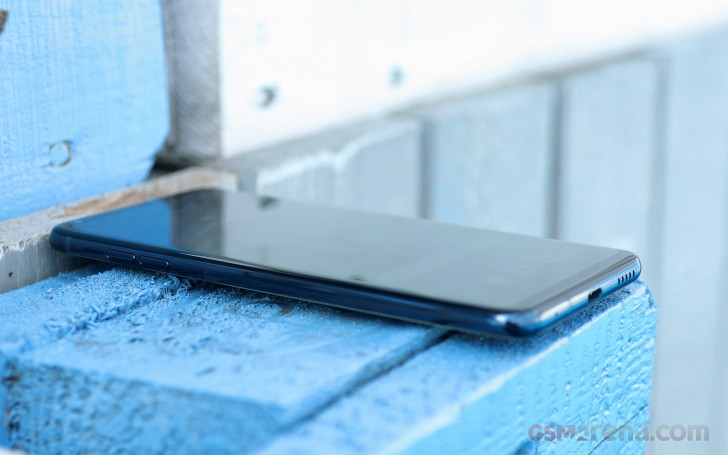 It will pack the Snapdragon 845 chipset of course, a prerequisite for any top of the line handset in 2018. This will be paired with 4GB of RAM and 64GB of built-in storage, though a "Plus" or "S" model may launch with more - say, a 6/128GB combo.

Judy will have an HDR10-capable 6.1-inch 18:9 touchscreen with 800-nit brightness. This will be accomplished thanks to LG's new "MLCD+" display tech, which also happens to consume around 35% less power than a standard IPS LCD. The panel will employ an RGBW subpixel matrix, with the "W" in there standing for white.

The phone will sport a dual rear camera setup of course, with glass optical elements, two 16 MP sensors, and f/1.6 aperture on both lenses. IP68 water and dust resistance is in too, along with a military standard rating for durability. Interestingly, it's said to also have stereo sound (marketed as a "boombox" speaker). Oher features include camera AI and wireless charging.

Apparently, some countries will get a 6gb ram version of the s9. Also, say for example in India, the s9 in black can be outfitted with 256gb rom.

I hope it will have a flat screen and 3.5 mm audio jack