Back in April this year, the usually reliable leakster @evleaks leaked an LG tablet - dubbed G Pad X 8.0 - saying that it'll be landing on T-Mobile around mid-May. Well, although a bit late, the device has indeed been launched by the magenta carrier. 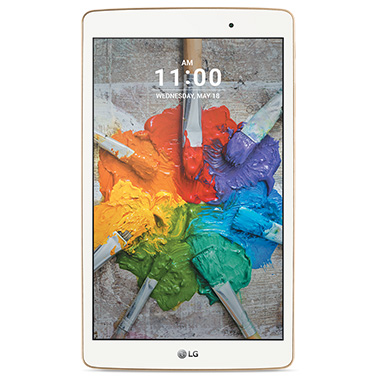 Specs-wise, the G Pad X 8.0 is powered by an octa-core 1.5GHz processor (Snapdragon SoC), and sports an 8-inch 1920 x 1200 pixels display. It comes with 2GB RAM and 16GB expandable internal memory, and runs Android 6.0.1 Marshmallow out-of-the-box. Both front and rear cameras are 5MP.

T-Mobile has the tablet listed for $240, although you can also purchase it by agreeing to pay $10 per month for the next 24 months. Head over to the Source link below for more information.

Z3 tablet doesn't cost that much anymore and SD615 is not better than 801 LOL nor is the graphics(actually adreno 405 is far worse than adreno 330) . SD801 is flagship grade while SD615 is a midrange . Sony released marshmallow for a long time now an...

Not only does the Xperia Z Tablet Compact 8.0 LTE cost ~$500 (over TWICE the price of the LG G Pad X 8.0), but the Sony slate also has much slower graphics performance due to its old chipset. Also note that GSMArena has some incorrect info: the LG ta...