A few days ago we reported on a new golden line of Lumia devices that Microsoft intends to release in limited qualities on the Chinese market. As it turns out the two devices on the initial banner are the Lumia 830 and the Lumia 930, just like we thought. 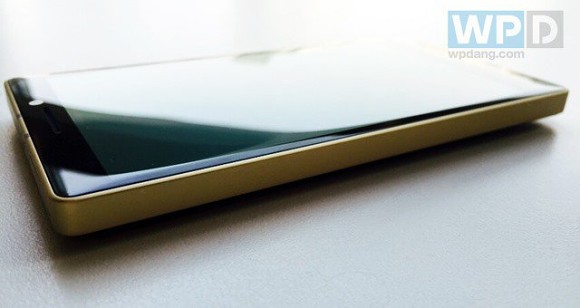 A leaked set of photos, portraying the Nokia Lumia 930 with a golden finish prove that the device does exist, which consequently means that the release rumor should also be true. Besides the obvious gold-colored frame the handset, dubbed Lumia 930 Golden Collector’s Edition features a gold-plated Nokia logo on the back.

Only 3000 units are set to roll off the production line for now, each with a price tag of CNY 2899 (about $470). From what is already known it appears that the two remodeled devices should hit markets in China today (January 8). Whether or not they will become available on other markets is still uncertain.

The Nokia Lumia 930 is currently one of Microsoft's high-end Windows Phone devices. It offers a Full HD 5-inch AMOLED screen, 2GB of RAM, 32GB onboard storage and is powered by a Qualcomm MSM8974 Snapdragon 800 SoC with a quad-core Krait 400 CPU and Adreno 330 GPU. It is also adorned with a 20MP PureView camera with Carl Zeiss optics.

Is Lumia 930 limited edition is of out of stock?

does it available in Iran?

this is my life tanks nokia employeers