A few days ago we told you that the Galaxy S III will dress in pink and hit Korea first. Today Samsung has officially announced the Martian Pink version of the smartphone. 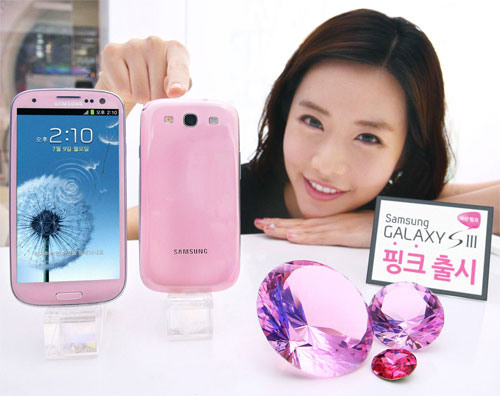 The Martian Pink Galaxy S III will be a limited edition available only in 32GB flavor and only in South Korea (for now at least). So if you live there and want one of those lady-targeted flagships you, should start looking for it right now.

There is no word on the international availability, but we guess this version will hit selected markets soon rather than later.

There should be an special PSY Gangnam style International Limited edition Anyone agree????!!!!