Update: As it turns out, not one but two Lumia devices will be available in Gold - the left one (in the first image below) is the Lumia 930, while the right one is the Lumia 830. After China, they'll also be launched in other countries.

Microsoft looks all set to launch a special Gold edition of a Lumia device in China on January 8, as evident from the below image, which was first spotted by NPU. 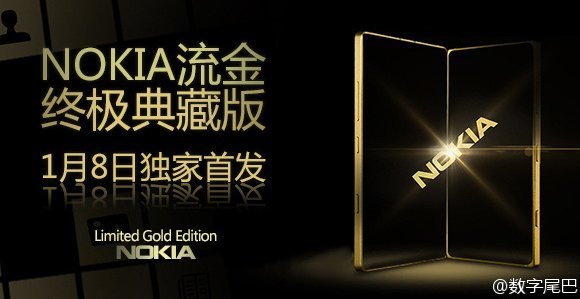 Although the image doesnt reveal which model it is, it could well be the Lumia 830 given that an image of the device in Gold and leather (see below) has been leaked by user "Nokia171" on Weibo, China's Twitter-like microblogging service. 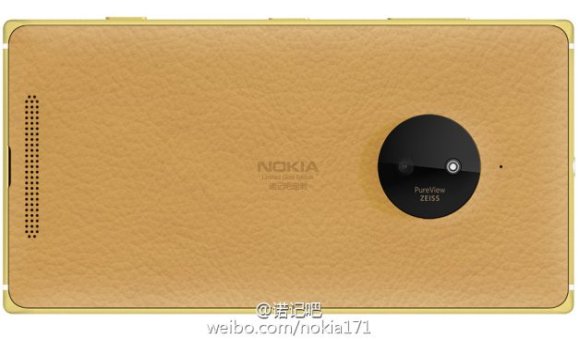 The Lumia 830 sports a 1.2GHz quad-core Snapdragon 400 processor and a 5-inch 720p screen. It comes with 1GB of RAM, 16GB of internal storage (expandable up to 128 GB via microSD card), as well as a 10-megapixel PureView camera with optical image stabilization. The device runs Windows Phone 8.1 and packs in a 2,200mAh battery.

lol, I kinda agree... I have used WP8 and I have seen how fluid it is even without maintenance. I own an android and I have to do lots of customization and use system boosting apps to make it lagless. whew, WP8 is just soooo lagless even if my phone ...

Year 2015... and there is still no bluetooth in iphones ! you cannot send any files to another phone operated by Windows and Android.

Still WP lags in functionality....it is surprising that we are in 2015 and still there is no Voice recorder and other such small but important features missing. WP 8.1 is not half baked as WP7 but still it requires refinement, maybe by 2016 we wil...