The Mate S, Huawei's upcoming smartphone which is expected to be unveiled at this year's IFA event in Berlin next month, could come with Force Touch technology. This was revealed in a listing that recently appeared on OppoMart. 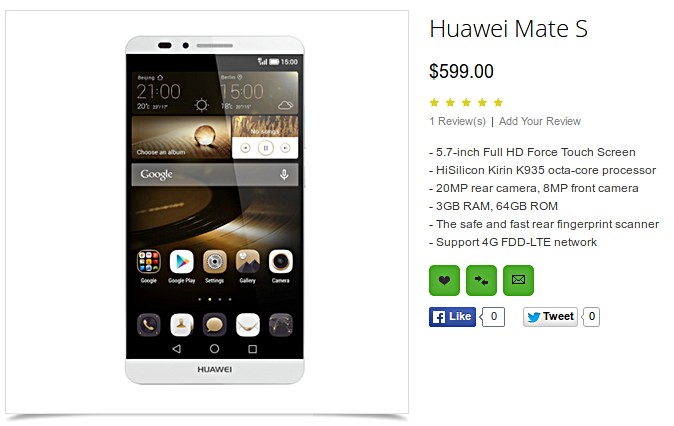 If you aren't already aware, the Force Touch technology allows the device to distinguish between a light and a strong touch, enabling it to react differently in each case. Apple's upcoming iPhone 6S smartphone is already rumoured to come with this kind of display.

It packs in a 4100mAh battery, and runs Android Lollipop version 5.1 with Emotion 3.1 UI running on top. There's also a fingerprint scanner on board. The listing also reveals a price tag of $599.

Force Touch is just a marketing term and the feature is in no way unique to Apple. There's many ways to achieve the same effect based on pressure, and Apple's patent only protects one method. Google actually owns a patent, which they inherited from M...

they can't, Apple I implemented haptic feedback on a track pad but on a phone display they haven't and force touch is just a marketing name as is Retina display it's nothing different or better it's just marketing.