Realme is expected to drop its new X7 family of phones on September 1. Leaks and rumors have been flying all over the place, but as far as we currently know, there are a total of three handsets to expect. A vanilla Realme X7, allegedly sporting a big bold “DARE TO LEAP” text on the back, a Realme X7 Pro and potentially a third “Special Version”, expected to depute the Snapdragon 860 chipset. 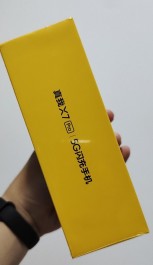 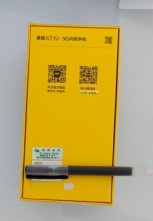 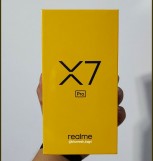 The middle-child “Pro” variant has definitely been the most widely-leaked of the three and this new development is no exception. We now have a few shots of the retail box from an offline store in China, along with preliminary pricing and some basics specs, reaffirming previous info.

Staring with the price, since its is likely the most interesting bit – CNY 22,299, which roughly converts to $335. Of course, as with all pricing taken straight from China, we can naturally expect some variance for other markets. Still, this should be a good ballpark estimate. 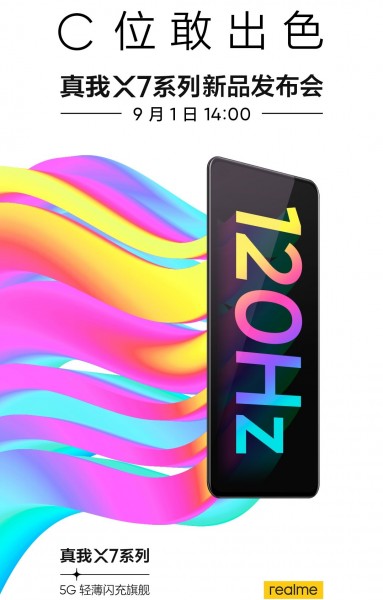 Reiterating some leaked specs for the Realme X7 Pro, that price tag should be getting you a Dimensity 1000+ chipset, complete with 5G, paired with 6GB of RAM and 128GB of storage. Potentially other memory tiers will exist as well. A 6.55-inch, 120Hz OLED panel is one of the star attractions on the X7 Pro. In the camera department, we expect a 64MP Sony IMX686 main snapper, with an 8MP secondary one. For power – a 4,500 mAh pack, with 65W charging capabilities. Apparently, all of this makes for a total body weight of 184 grams on the Realme X7 Pro. Our best guess is an entirely plastic build, but no official word on that, yet.

You are right ! It makes no difference if the Phone has 45000 or 600000 Antutu Score. I think its more all about Photo and Video Quality what the Phone can do

We are witnessing the emergence of two distinct lines of Realme smartphones: The new 5G smartphone line (V series and X7 Series) and the legacy line (all other Realme smartphones including the newest Realme 7 Series), following two entirely different...