Live video of the iPhone 8 shows more than before

Another day, another iPhone 8 leak. This time we see a live video of a black device that looks like the flagship which Apple is going to launch in September. It might be just a dummy, but the evidence is mounting that Apple would have at least one phone, which will look like this given the increasing number of leaked prototypes. 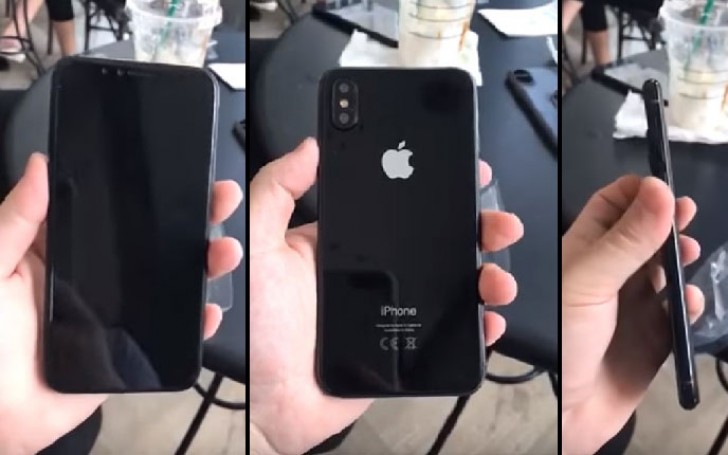 The clip is just 5 seconds and a spectacularly low quality for modern times, but the key components are visible. There is a dual camera on the back in a vertical setup while on the front we see another dual setup. One of the cameras above the display will probably be used for the rumored iris scanner.

Looking at the sides, we see the power button on the right side while the volume rocker and the mute button are sitting on the left side.

Another leak which appeared through Slashleaks suggested the fingerprint scanner will be on the back, below the Apple logo, but we don't see one here. The situation is getting more confusing and there is a good chance Apple has at least a few design circulating around. Still, fingers crossed, Apple will surprise us with an under-screen/under-glass fingerprint scanning technology of some sort.

lol really? I recall there were so many accurate leaks back then before iPhone 7 and 7+ officially launched. I can't even remember when a flagship phone that released without any leaks before its announcement. It's the dummy for the case maker.

i guess another innovation by Apple , fans go crazy , NOW!