In the middle of the battle of the mobile operating systems, Mozilla is still trying to become relevant. Firefox has released a new developer preview of its OS in APK form. Simply install it as a launcher on an Android phone and you can poke around Firefox’s UI.

You'll need to sideload the APK file found on Mozilla’s website. This is a great way to get more developers attention since it makes it easier for them to try the OS and consider developing apps for it. The Firefox site says: “If you can build for the Web using HTML and CSS, you can build Firefox OS.” 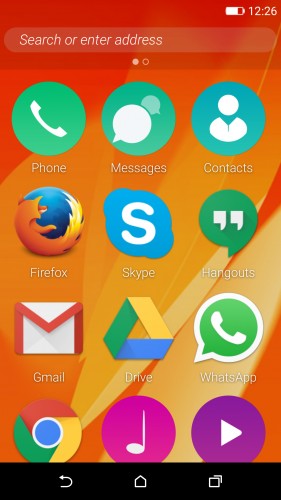 This is much better than say, flashing an image on an Android phone, because it takes much less time and effort for developers to try the OS and then get their phones back to its usual state.

While this is a good idea, I was not able to use the dialer in the developer preview. It was very buggy and restarted my Nexus 6P a couple of times. But this developer preview is not in any way ready to replace your standard launcher, so install with caution.

It does, however, show that Mozilla is really invested into making Firefox OS relevant in today’s wild mobile industry.

Lmao it really is.

Same thing can be said about their browser's interface as well.