The LG X230, which had appeared in benchmark listings back in October last year, has now been certified by the Bluetooth Special Interest Group (SIG). Several models of the handset have been certified, indicating a global release for the device. 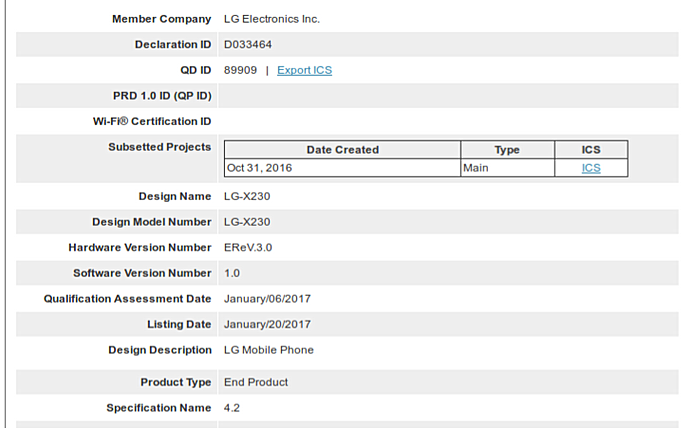 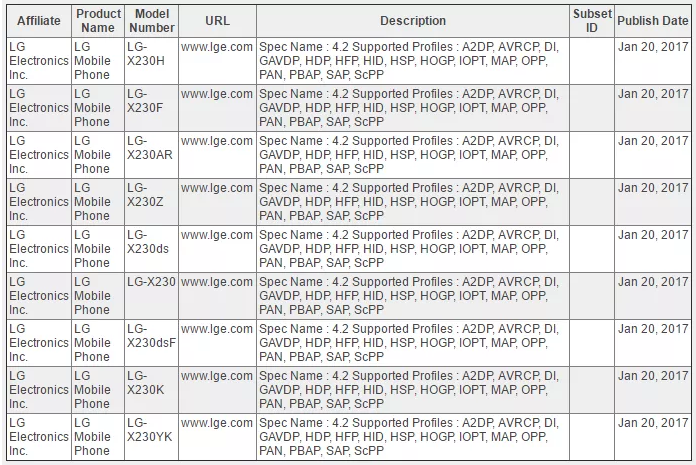 As is the case usually, the Bluetooth listing for the phone doesn't reveal any of its key specs. However, the Geekbench listing had revealed Mediatek MT6737M chipset, 1GB RAM, and Android 6.0 Marshmallow, suggesting that it's a low-end phone.

No information on pricing and availability so far.

Dont worry. They will bundle it as a free phone if you buy their flagship. Lol. I bet this X230 priced for $200. Thats what X300 price like.

Why woul anyone buy phone with 1GB of RAM in 2017? I know LG have good deals wit network couriers, so they will push it "for free", but this device is not good enough to be even just a backup... Shame on you LG

Good enough for $25 by the time it releases