OpenSignal: South Korea has best LTE coverage, US speeds among the lowest

OpenSignal released a report on the global state of LTE in the first quarter of 2017. It is based on 19 billion measurements across 75 countries during the period.

4G penetration is the highest in East Asia, with South Korea and Japan being the only two countries in the world, providing at least 90% LTE coverage. Despite its size, the US is fourth in the global ranking with 86.5% availability. East Asian countries occupy the first two places in 4G speed comparison and Eastern Europe joins the party with Hungary, Croatia, and Bulgaria in Top 10. Western Europe is quickly catching up though. Countries like Netherlands, Denmark, Spain, and Italy provide at least 30 Mbps after continuous development of the infrastructure. 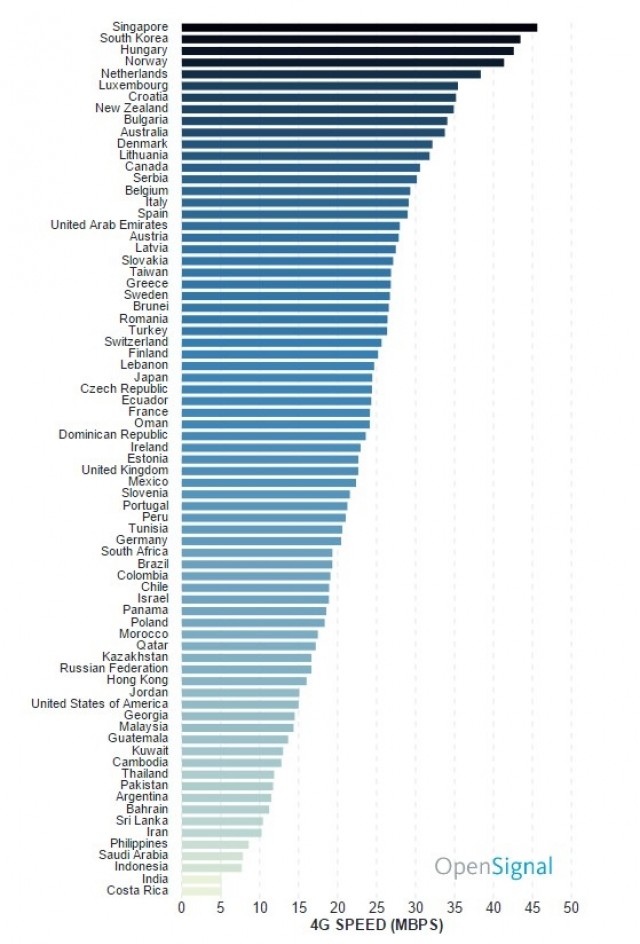 OpenSignal identified some other interesting trends. New Zealand, for example, has an impressive LTE connection that goes up to 35 Mbps. Sadly, only 58% of the population can access it. On the opposite end is India - 81% of Indians have access to an LTE network that provides the absurdly low speed of 5 Mbps. 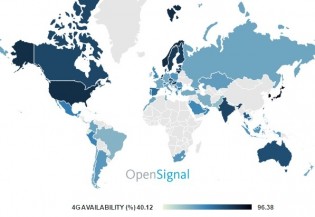 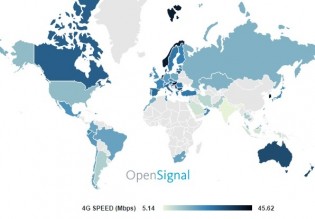 Overall, the future is bright for 4G services. The price of devices and services keep dropping while demand increases. Analysts acknowledge this tendency and say by the time the next report comes out, the global LTE landscape could be very different.

check the 4th Image , it's megabits per sec not MB/s..

My recent experience in Lithuania gives me impression that using Tele2 network I can get 70Mbps+ in almost any corner of the country. When using Telia dongle I was able to get ~142Mbps down and 170 up. This makes sense considering 280% coverage of LT...