The veiled HTC is back with another teaser - the upcoming LTE-enabled HTC phone has changed its name since the last time we saw it and now goes by HTC Thunderbolt 4G (it used to be Incredible HD). 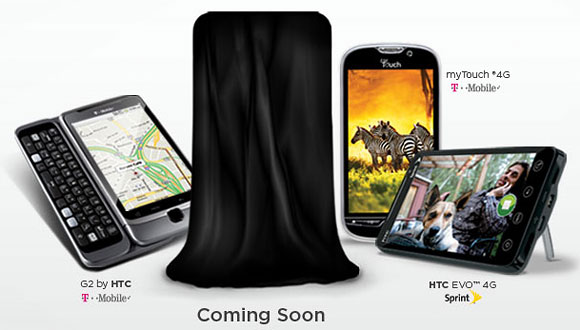 That's not the first name change for this phone - it first leaked as Mecha through the HTCSense website, then about a week ago it was teased as the first 4G phone for the umpteenth time (though the other first '4G' phones are HSPA+ or WiMAX enabled, neither of which is strictly speaking what 4G).

Anyway, the name seems to be HTC Thunderbolt 4G and according to the gossip, it is heading to Verizon's new LTE network. And there's a confirmation that the veil will be lifted on January 6 as part of CES 2011. You can sign up to receive email updates on the Thunderbolt 4G if you want.

Check the below link. Rumors specifications for the HTC ThunderBolt: http://www.htcinside.de/htc/geruechte/exklusiv-das-htc-thunderbolt-4g-taucht-zum-ersten-mal-im-warensystem-eines-deutschen-elektrofachmarktes-auf.html

LTE & Wimax are pre-4G tecnologies which is different from 3G (UMTS, HSPA). though, they're considered to be '4G' as of dec 2010. i think marketing reasons, 4G specification is different than those two. i commented that because the first ar...

6 days left to raise the curtain.