HTC rather quietly unveiled the HTC Velocity 4G for Australia's carrier Telstra who recently launched their LTE network. The phone is a version of the Raider 4G and AT&T's Vivid. 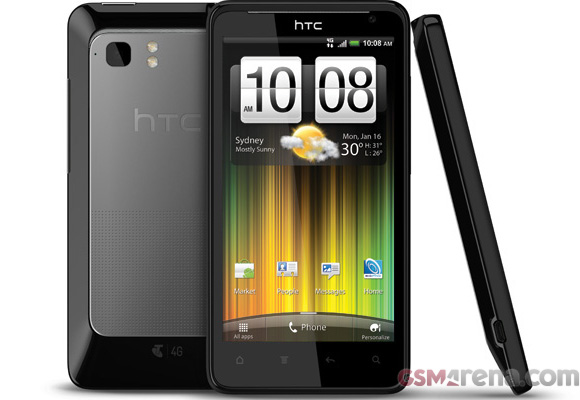 The HTC Velocity 4G also brings an 8MP camera with 1080p video recording to the table and 16GB of built-in storage (expandable with microSD cards). There's also Wi-Fi connectivity, including hotspot mode, which shares the phone's data connection over Wi-Fi.

Speaking of which, the Velocity 4G has regular quad-band 2G connectivity, dual-band 3G and the key feature - LTE support. It's for the 1800MHz band that Telstra uses and while there's no official spec on the speed, Telstra's network goes up to 100Mbps.

The HTC Velocity 4G might become the first LTE-enabled smartphone in Australia, but we don't have any launch date and price info. Local newspaper Queanbeyan Age reports the phone will be launching later this month, but there's no official press release from HTC or Telstra.

A good phone, battery life is short, and as usual not a very loud ring tone, I am waiting for the Samsung 4G's, and then I will swap back to the Sam's

Will be avilable at JB Hifi as of Tuesday.... Plans on Telstra and pricing is surprisingly reasonable...

Telstra restricts bandwidth across their entire spectrum range. The sgs2 fails to even come close to it's capability on their nextg network. LTE will be a joke as well. Telstra sprukes big speeds and the customers find out the hard way that it's a li...