Microsoft's upcoming upper-midrange smartphone, the Lumia 850, has been leaking quite a lot lately. So far we've seen it portrayed in leaked press renders, and we even had a couple live images to look at.

This time around we're treated to some shots depicting the Lumia 850 inside some protective cases. And while these pictures obviously don't show us the entirety of the phone, they do seem to confirm the design of the Lumia 850 in those leaked renders. 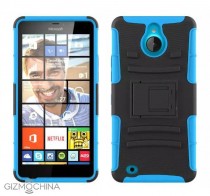 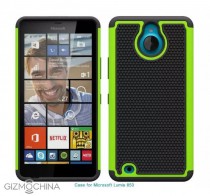 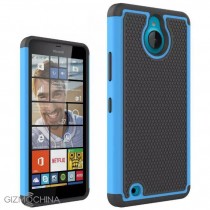 The handset will allegedly feature a metal frame, and according to a spec leak from back in July, it will also sport a 5-inch 1,280x768 touchscreen, a 10 MP main camera with Zeiss optics and LED flash, Qualcomm's Snapdragon 410 SoC powering things, 1GB of RAM, 16GB of expandable storage, and a 2,650 mAh battery. It will obviously run Windows 10 Mobile.

If these shots of it inside the cases are accurate, then you should expect one of the Lumia 850's colors to be blue. While it was initially thought to arrive in 2015, it's now very likely that this smartphone will only get official next year.

No, you don't need too much RAM or too many CPU's. Have you heard of code optimization? Apple iPhone the defecto of mobile uses 1 GB RAM and dual core CPU. Yet it processes every app installed on it and runs smoothly. I am using Lumia 640 that has Qu...

im wonder how win fans r blind to facts.yes win os is smooth and dont need flag ship cpu to run but beside os there r lots of option like camera and image processing .... weak cpu and 1gb ram are limited and slow to take slow-motion, fast motion sh...