The Lumia 900 might be selling like hot cakes at AT&T's camp across the ocean, but things don't look so bright for Nokia in Europe. 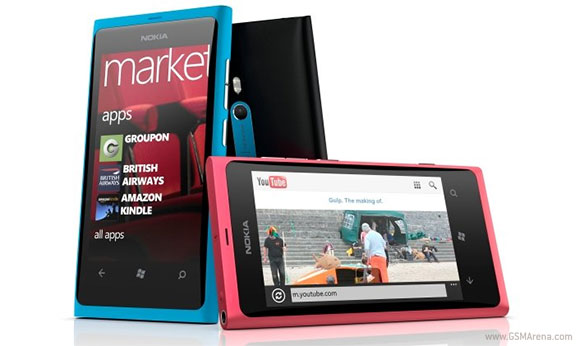 Reuters has talked to several European carriers and they are unanimous - Nokia Lumia phones aren't good enough to be any sort of threat for the iPhone and Android smartphones. And there are several reasons why this is so.

Operators claim Lumia phones are too pricey and bring little innovation to justify that. The lack of proper marketing strategy and the various software bugs have also put some users off.

"No one comes into the store and asks for a Windows phone," said an executive in charge of mobile devices at a European operator, where the Lumia 800 and 710 have been available since December last year. The executive also added that "...If the Lumia with the same hardware came with Android in it and not Windows, it would be much easier to sell."

did i hear reach apps? lol.. yea many times i feel all fake ms guys sitting on ppl and typing all praise words for their own OS.. Android might be lil low and unresponsive may be coz the OS is bundled with so many codes to decode with that even ur br...

"No one comes into the store and asks for a Windows phone," Haha, this statement reminds me of my country's operators. Everytime you asked about the availability of the iPhone (all surrounding countries had iPhones except ours!) they sa...

Wait for 6 more months lets see who will be on top.