Today we stumbled upon a major UK roadmap leak, bringing bringing some juicy information. HTC Gold, Ace and Vision, Nokia E7, and Samsung i8700 Cetus and brand-new BlackBerry Curve 9300 - they're all unannounced and they will all star in this year's releases. 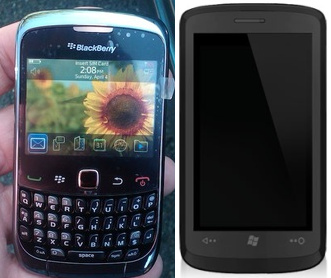 August is the month for BlackBerry Curve 9300. It targets the mid-range market and will come with 3.2 megapixel camera and the typical portrait QWERTY keyboard.

October is the time when Nokia N8 and Sony Ericsson XPERIA X8 will hit the shelves. But the good news don't stop here.

HTC Vision and HTC Ace are also scheduled for launch in October. Vision is a Desire twin with a sliding full QWERTY keyboard, while Ace is still a mystery.

November seems to be the most interesting month of all. HTC Gold (also known as Mondrian) should make its premiere then. It's supposed to be the company's first Windows Phone 7 device.

Nokia E7 (most probably the rumored Nokia N9) will launch as well borrowing the N8's aluminum body and Symbian^3, while upgrading it with QWERTY keyboard and tilting screen. It might turn out that E7 is the successor of the Nokia N97.

Finally comes Samsung i8700 Cetus, which is also rumored for November release. Perhaps it will be a high-end Bada OS device.

Well, that's all we know so far. We expect some of these handsets to make the news this summer.