MediaTek hosted a quick press conference in Beijing where it introduced to media representatives the Dimensity 800 chipset, aimed to power mid-range smartphones in 2020. It has an integrated 5G modem and will be a more affordable solution than the Dimensity 1000/L that can be found in the Oppo Reno3 smartphone.

The company did not disclose any specs but revealed the platform will be demoed at CES 2020 in Las Vegas in the first days of the new year. 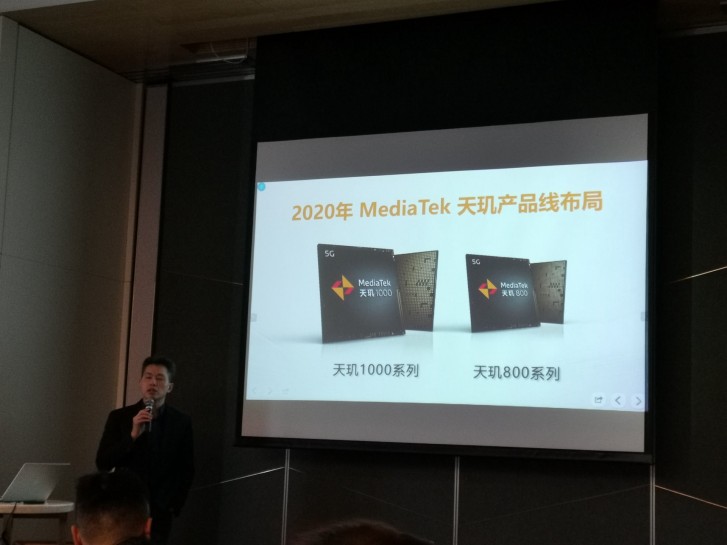 Expectations are the Dimensity 800 to compete with smartphones powered by Kirin 800 series and Qualcomm Snapdragon 7 series chipsets. While the spec sheet will be revealed later, we know the actual modem - it is Helio M70 that was introduced earlier this year. It can reach up to 4.7 Gbps of downlink and 2.5 Gbps of uplink, supports both SA and NSA networks and has NR 2 Component Carrier.

Currently, only the Dimensity 1000/L chipset has this modem. The SoC brings four Cortex-A77 and four Cortex-A55 cores and MediaTek promises up to 20% improvement in performance and battery life, compared with chipsets running Cortex-A76 units.

Whether or not this is true, we’ll see in January when the first phones, powered by MediaTek chips arrive on the market.

mmWave isn't going to be useful in gaming when small motion can disrupt the signal so it's not really important for mobile, mmWave is better suited for home broadband where the receiver is steady. sub6ghz is good enough which can still be better than...