Back in the heat of the summer MediaTek announced the world first true octa-core processor. Dubbed the MediaTek MT6592, it features eight Cortex-A7 CPU cores utilizing the 28nm manufacturing process and is able to run them all simultaneously. 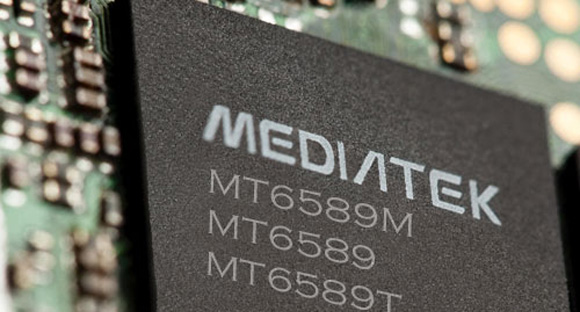 Now that the MediaTek MT6592 prototypes are already available, it was only a matter of time until one of them gets benchmarked. The test of choice was AnTuTu 4.0 and it gives us an overall idea of the chipset's performance.

The test was performed on a prototype running said octa-core CPU operating at 1.7GHz paired with a Mali-450 GPU, 1GB of RAM and a 720p HD display. In this configuration, the AnTuTu benchmark suite returned a score of 25,496 points. As you can see in the chart below, that's a not too far behind the scores of the Snapdragon 800 beasts and almost on par with the HTC One rocking a Snapdragon 600.


MediaTek has officially confirmed that the chip can run at 2GHz. The higher frequency should be able to return more than 30,000 points, and software optimizations might help improve the score even further, but that's yet to be confirmed and remains just a speculation at this point.

A couple of months ago Qualcomm released a video bashing MediaTek's octa-core chipset, saying that it's not the number of core that matters, but their performance.

It appears Samsung doesn't share Qualcomm's view on the matter, thought, as it also announced it's working on a true octa-core Exynos chip. The company has confirmed it won't update the Galaxy Note 3 or the Galaxy S4 with true octa-core capabilities, suggesting that it's probably saving it for the upcoming Galaxy S5 flagship.

Please update me what would be the Antutu bench mark Score in the case of MTK6592 with Memory Capacity 4GB, Display resolution 2560x1600 Pixels, 10 inch screen

I just want to say that I went for the Samsung Galaxy S5 with MediatekMT6592 thinking it would blow me away after owning an S4 with ONLY Quad core technology. Sadly it's nowhere near as good as the S4 at anything I ask it to do. FACT. Even out of the...