MediaTek is working on new chips and occasionally it lets them run a benchmark. A new model, Helio P60, was caught running Geekbench on a device with a tantalizing name  MTK P60 MWC Demo.

It sounds like this will be a reference design rather than a phone meant for retail. It did have 4GB of RAM and ran Android 8.1, but the CPU cores used are unknown.

Looking at the single-core score, its too high for Cortex-A53  its closer to (though lower than) the scores we get from Cortex-A73. This is an octa-core processor so were likely looking at a big.LITTLE design. Both scores are competitive with Qualcomms Snapdragon 660 (which uses Kryo cores). 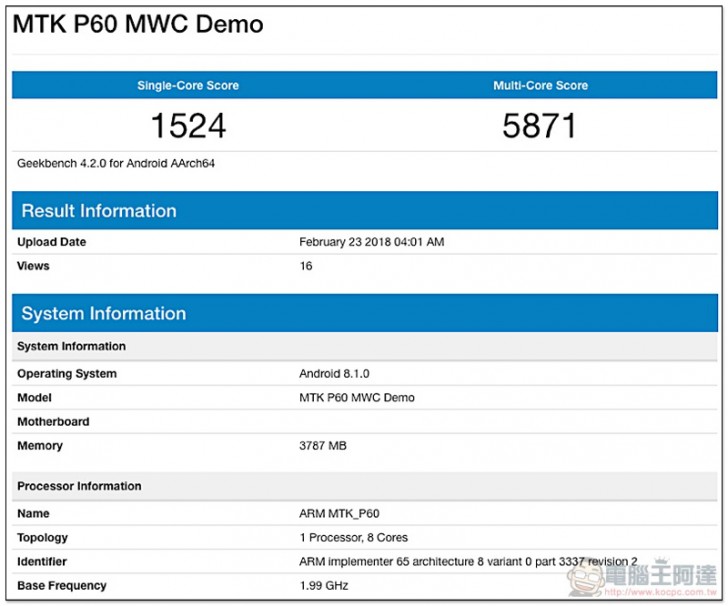 Note: it seems that the score has been taken from Geekbenchs database. The Helio P70 hasnt been through Geekbench yet.

Normalny it should be promosing but mediatek its not that case.