MediaTek showcased its latest battery charging tech dubbed Pump Express 3.0 at Computex 2016. The new fast charging method promises to juice up your phone's battery from 0 to 70% in just 20 minutes. Mere 5 minutes of charging will give you an hour of talk time, too.

The company says its latest charging tech has higher charging speeds as well as efficiency resulting in lower phone temperatures during charging. The way it manages this is through bypassing the charging circuit inside the phone and routes the electrical current from the adapter directly to the battery. 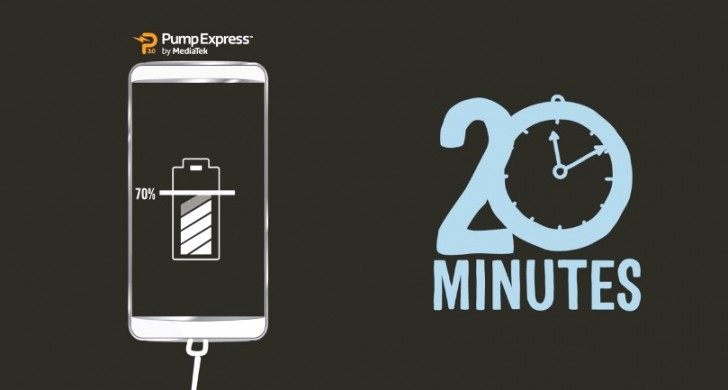 While this does sound a tad dangerous, MediaTek says it has employed over 20 safety protection systems covering device and charger overheating issues.

The new charging tech will debut on the MediaTek Helio P20 platform that'll be available on late 2016 devices.

i trying hard not use MTK too.. no money ppl only own MTK build in phone.