Mediatek is going strong with its new Dimensity line of smartphone chipsets and has just announced new additions are coming next week. The Taiwanese company has scheduled an announcement for January 20, according to its own Weibo profile. The event will see “brand new Dimensity products” with “superior technology.” 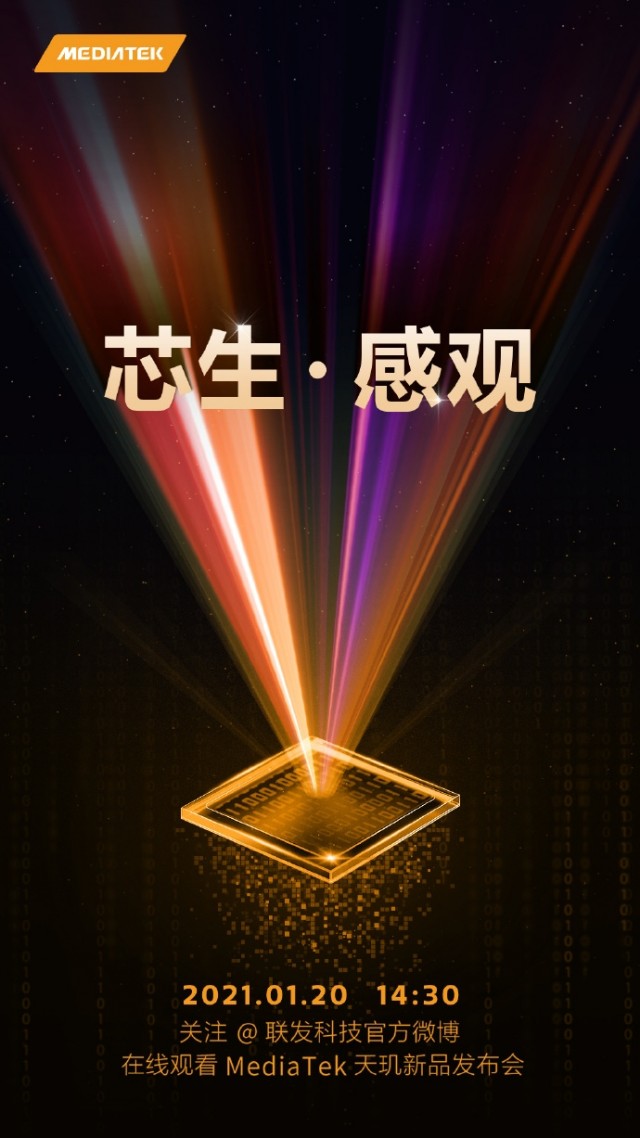 While the chipset maker does not clarify what kind of platforms it will unveil, we expect to see the MT6893 come to life - the chip is codenamed “alps” and is said to be manufactured on a 6nm process.

Rumors claim the new Dimensity chipset will be the one for flagships and will come with an overclocked 3 GHz Cortex-A78 main CPU core. Other specs, leaked through AnTuTu, suggest a Mali-G77 GPU, LPDDR5 RAM, and UFS 3.1 storage support.

We also expect to see new 5G-ready additions to the Dimensity 700-series and 800-series.

currently an A50, my parents used to have note 3 and 3 neo...i want to upgrade to either mclaren edition 7t pro or s21

ur replying way too fast for me 😅

i never said they show the same results, is that a quote from the video?