MediaTek has just announced its new MT6595 octa-core chip which it will rival directly Qualcomm's 800 and 805 chipsets, for a place in premium LTE handsets.

The company is fresh off the release of its latest octa-core offering which it has marketed as "true octa-core" - capable of running all eight cores simultaneously, rather than only four at a time like Samsung's chip. Now, its latest SoC is set to sport four of the brand new Cortex-A17 cores running at 2.2-2.5GHz and four 1.7GHz A7 cores. 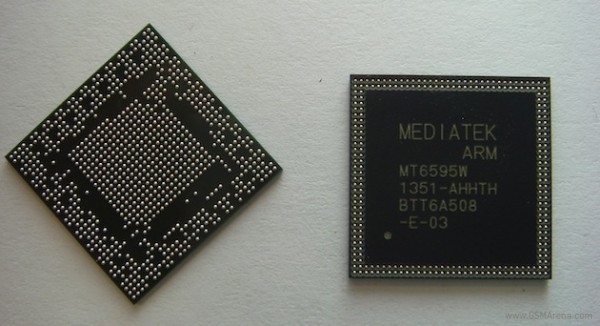 The chip will run using ARM's big.LITTLE technology alongside HMP, while the Cortex-A17 architecture is expected to provide with up to a 60% performance increase over Cortex-A9. Also, like its MT6592 predecessor, the new chip will feature 4K2K video recording and playback.

MediaTek has thrown the gauntlet and claimed its octa-core solution will be faster and more power efficient than Samsung's Exynos chip. This leaves conditions ripe for a rebuttal by the Korean giant and this month's MWC conference in Barcelona. Be sure to check back with us then!

MediaTek is the future!