MediaTek unveiled a new chipset for AI IoT purposes - the i700 (a successor to the i500). It’s quite powerful, even by smartphone standards, so it will likely find its way in Smart Displays, high-end security cameras and other more demanding applications.

It features a dual-core NPU, which speeds up face detection five times compared to the i500. The chipset supports the Android Neural Networks API, as well as the most popular deep learning frameworks.

It can be attached to a single 32MP camera or a dual 24MP+16MP setup. In the latter configuration, it can make use of its built-in depth sensing engine and distance estimation. Pose estimation and motion tracking are available for fitness and AR applications. Running the camera at 120fps allows the chipset to track fast moving objects. 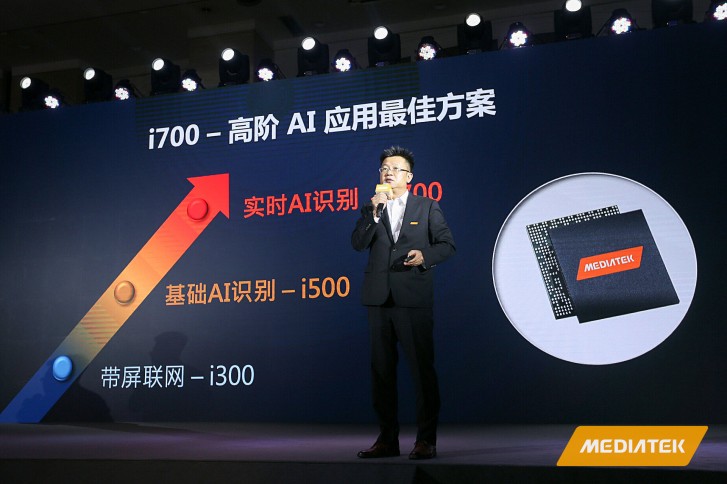 For connectivity, the chip supports Wi-Fi 5 (2x2 802.11ac) and Bluetooth 5.0 for local connections. It also has a Cat. 12 LTE modem for mobile applications.

As we said, it’s pretty powerful – too powerful for a smart speaker. MediaTek sees applications in access control for smart buildings, facial recognition for payment authentication, fitness and entertainment devices and even some autonomous vehicles in factories and warehouses (something like the robots in Amazon’s warehouses).

I'm not hater. But Snapdragon for me forever.

Mediatek should partner with DIY SBC manufacturers that is IF they're willing to share their "Opensource" kernels/Firmware. lol.