MeeGo 1.0 caught on video, up and running on various devices 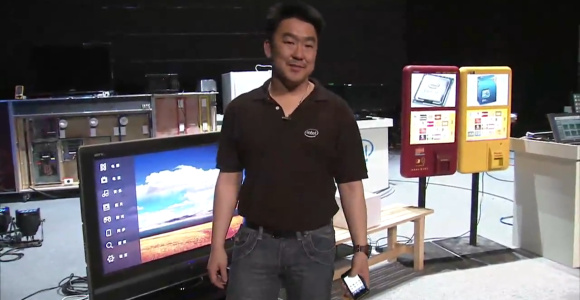 The second demonstration is very interesting. If you preview some online content, moving it from one device to the other can be quite seamless. All your MeeGo devices sync with the cloud. As the video shows you can watch a movie on your netbook, TV and smartphone very easy and the process is automatic and simple.

Finally a portable MeeGo device may be used to communicate with machines running the same OS like the coupon one. They can exchange information, coupons, etc.

There is a still a lot of work on the MeeGo UI, but the guys behind the OS have some great ideas. The first MeeGo-based Nokia/Intel smartphone is expected to be announced and released later this year. Until then we'll keep looking for more interesting info on the OS development.

Too bad it died very quickly

MS office, including office 2007, is available already and have been for a long time. Both for V3 and V5.

When does the official ms office mobile for nokia symbian releasse? Apple iphone is a show off phone . I agree