Alleged photos of the Meizu 16s and 16s Plus have surfaced. The company’s CEO previously teased that the devices will not have notches or punch holes of any kind, which he calls “quad bezel-less display”. 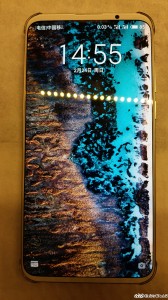 The 16s phones will upgrade to the Snapdragon 855 chipset and they will bring a 48MP Sony IMX586 camera with OIS. The 16s will be powered by a very thin 3,600mAh battery. It will lack wireless charging as the company apparently doesn’t think it’s vital.

Yeah, but it's a Meizu, which means it will irreparably break after 6 months of use and the manufacturer will avoid any service or warranty request for another 6 months. Then they will fix the phone only for it to fail again. Then the circle continue...

U wut ? It's called bezel-less, not bezelless. A marketing gimmick.