Remember yesterday's post about the Meizu 16's AnTuTu score and sample camera photos? Well, someone was able to find the original images uploaded on Weibo by the CEO himself and their EXIF revealed interesting specs about the camera. 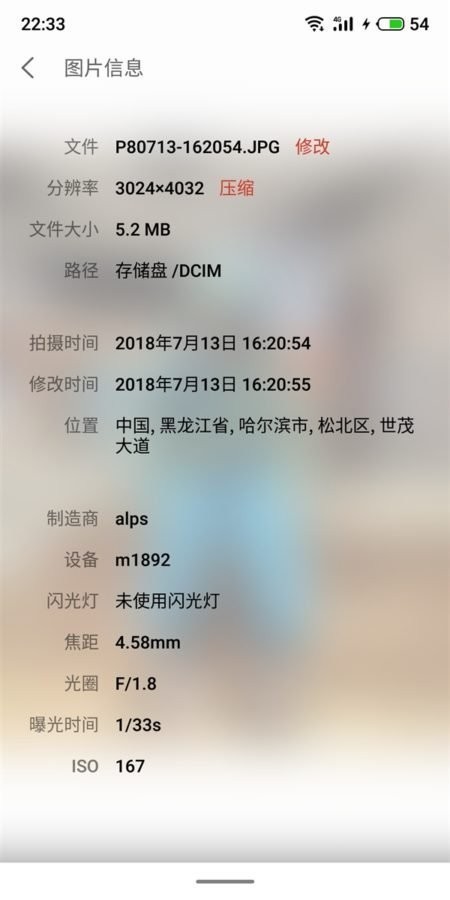 According to the data, the Meizu 16 used a 12MP sensor to take the shots with an f/1.8 lens in front of it.

The device is supposed to be out by the end of August coming in two versions - a standard one with Snapdragon 710 and a plus-sized model with Snapdragon 845 on board with additional cooling and an in-display fingerprint reader.

It's recent Antutu benchmark was spotted running Android 8.1, so nope.

Immediately flash it with Oreo. XD