The first news about the Meizu's upcoming flagship, Meizu 16S, broke a few weeks ago when it became clear that it will feature Qualcomm's top-shelf chipset - the upcoming Snapdragon 8150. And the latest leak goes into more details, mostly regarding the design. 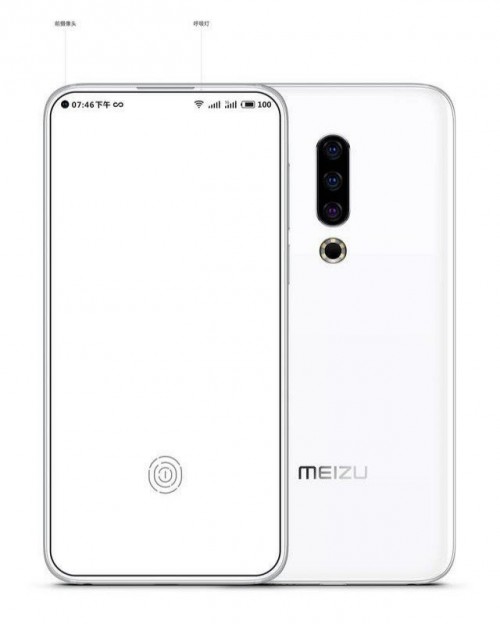 A render shows an in-display fingerprint reader and a full-screen notch-less design with a camera hole in the upper-left corner of the screen. The fingerprint reader was expected given that the Meizu 16 and 16 Plus both had the feature, but the exciting part is the back side. It's pictured with a triple-camera setup and the iconic O-ring flash that Meizu likes to put on its phones.

The rest remains a mystery so we would have to wait for more intel to surface and paint a full picture.

Actually it not uniformed all the way round it has a notch that cuts into the screen.

LMFAO can you comprehend my point? Clearly not.

I did read the comment. Even if the chin is actually smaller than the uniformed small bezels of the iPhone XS, it should still be symmetrical all throughout. Sorry, I really like to nitpick. The iPhone X series is the true all-screen design if w...