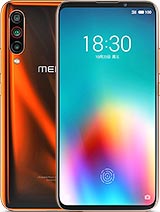 Koko, 17 Apr 2020My 16th global is on android 8.1 and agree about os, it is stable hence the reason its not req... moreYes the Flyme OS on Meizu 16th is ultra stable. It is a minimalist, bloatware free OS which does every basic day to day tasks smoothly. The flagship Snapdragon 845 chipset with ultra fast 8 GB LPDDR4x RAM combined with 128 GB of fast UFS 2.1 storage provides 16th a kicker of a combination. No doubts 16th chews through anything you throw at it. And by this I mean sustained performance due to excellent thermal management done inside the phone. Having all of this a just $240 along with all essential Google services pre-installed, I have no regrets of buying Meizu 16th (Meizu 16 in China).

RishiGuru, 12 Jan 2020Meizu does not have good track record for Android software updates, at least globally. I perso... moreMy 16th global is on android 8.1 and agree about os, it is stable hence the reason its not requiring frequent updates like poor Samsung.

Come on Meizu drop Flyme and make it boot fresh Android you will sell heaps more your phones are good just Flyme not.

Anonymous, 13 Jan 2020i personally think that android update its not important as like as other user thinking you k... moreFor some reason, it's true because all Android update will always work lag (not buttery smooth like iOS, WP OS, BB Touch OS) because Android framework is like how PC works. All works simultaneous while iOS, WP OS, and BB Touch OS put gesture tocuh on main priority work.

But for some reason, Android update brings new feature. Yes, feature, not smoothness.

4 months now since this thing released and I have yet to see it go for the MSRP anywhere at all.

You always get what you pay for, pay cheap, get cheap, just like that, it is inevitable

but ask seller to install chinese Rom on it

Anonymous, 12 Jan 2020meizu users - does this brand have good android updates support? im looking for a phone that c... morei personally think that android update its not important as like as other user thinking
you know why?
bcuz for example u have android 8 currently & whatsapp after all these years, stop giving update to android 4.2
& almost all other apps also like that

so android 8 its good for the next 5 years

Anonymous, 12 Jan 2020meizu users - does this brand have good android updates support? im looking for a phone that c... moreMeizu does not have good track record for Android software updates, at least globally. I personally own their 2018 flagship Meizu 16th (Meizu 16 in China) which is still stuck with Android Oreo (8.0) in 2020. My 2018 mid-range phone Nokia 6.1 is currently running on latest Android 10.

However the software on my Meizu is very stable and does what is advertised.

meizu users - does this brand have good android updates support? im looking for a phone that can be used for 2-3 years

if u wouldn't play heavy games on ur phone, in other words u r not gamer inplus looking for small phone
u can think about meizu 16Xs
https://m.gsmarena.com/meizu_16xs-9724.php

RishiGuru, 27 Dec 2019I know you don't need any help because you are a pro. Now I also know you don't believe a word... moreOh boy excuse me for wanting to make sure people are right.

Anonymous, 31 Dec 2019someone in aliexpress put 16T for sale for 288$ 6/128 Meizu 16T, New arrival !!! CN Vers... moreI don't think that custom global rom necessarily work better than running a clean china firmware and then installing google services by using the google installer app from the meizu app store. I run 16T with Flyme 8.0.0.0A and installed google services and google play post hoc. Most apps work but since 16T lacks google certification some apps like HBO does not work.

At the moment, I own both a 16T and a Realme XT. The XT has no software issues at all since it has a official global firmware, however, I still prefer 16T (despite some software issues) since it is faster, has better speakers, has a slightly better main camera and has a larger screen.

i dont know about custom global rom of MEIZU phones
but in LENOVO devices, when a phone comes exclusively for china area & seller unlock the bootloader to install custom global on it. you will find alot of bugs on it. even multilanguage on it doesnt translate completely . even may touch work not normally
& users will forced to get back to CHINA ROM

what about meizu phones...does they have same situation that explaint it in front
for example meizu 16 its for china
meizu 16th its globally....so seller will unlock bootloader to install rom of 16th on 16, everything may will work ok on 16, but no ota

RishiGuru, 31 Dec 2019My Meizu 16th is currently running on dual SIM mode which consumes more battery. As such below... morethx dude for ur good explains

Total of 127 user reviews and opinions for Meizu 16T.
ADVERTISEMENTS