Thanks to TENAA, the Chinese equivalent of the FCC, we may now have the first images actually depicting the upcoming Meizu Blue Charm Note. The handset is due for an official unveiling next week, perhaps along a smaller variant. In the meantime though, we can feast our eyes upon the photography that resulted from TENAA's certification process. 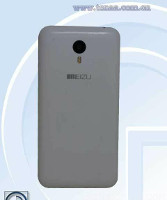 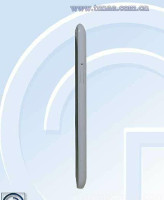 The Meizu Blue Charm Note is expected to go up against Xiaomi's Redmi Note, as such its specs won't be flagship-level but should prove decent enough for most use cases.

Since the SIM card slot appears to be on the side, the Blue Charm Note could come with a non-removable back cover. The phone is said to be made from a material that will very closely resemble what has been used for the iPhone 5C.

The Blue Charm Note will have dual-SIM support and will work on TD-LTE, TD-SCDMA, and GSM networks. Its display was so far rumored to be a 5.5-inch 1080p unit, and the device should be powered by a MediaTek MT6752 chipset, which comes with a 2.0 GHz octa-core Cortex-A53 CPU.

The new Meizu phablet will have 2GB of RAM, 16GB of internal storage, a 13MP rear camera, a 2MP front-facing snapper, and a 3,050 mAh battery.

Shouldn’t a note phone include a pen ?

Dear Homer-Simpson, no-one mentioned here this is an actual shooting phone. So, just don't get your nose in everywhere.