Meizu CEO Jack Wong has proven to be very open about the company's future products. For example, most of the hardware that the Meizu 16 and 16 Plus offer was already known prior to their release. And almost all of the info came straight from the CEO himself.

In a recent community discussion the CEO, gave away some important details about the upcoming Meizu 16X smartphone - a mid-range alternative to the recently released flagships from the same lineup. He said that the 16X would offer pretty much the same hardware as the standard Meizu 16 with the main difference being the SoC. 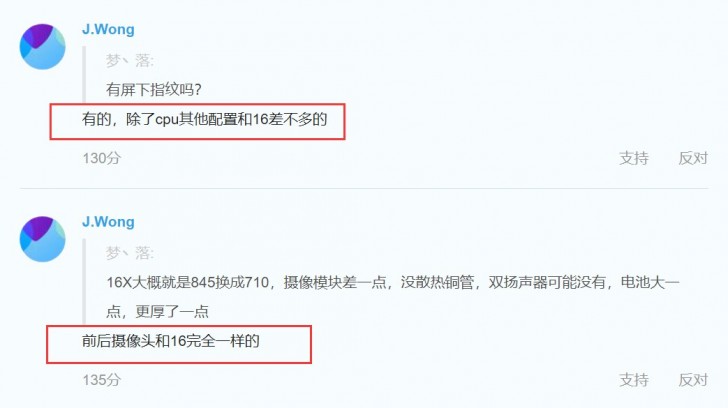 And we all know which chipset he's talking about - the Snapdragon 710. It's safe to assume that the camera setup and the memory configuration will remain unchanged. The best part is that Jack Wong mentions that event the in-display fingerprint will be present.

Given the impressive price tag of both Meizu 16 phones (starting at $395/€340), the Meizu 16X might turn out to be a great mid-range solution as the CEO promised a few months back.

Xiaomi is much better.

I've heard that next year, they're releasing the Meizu 16s which will have wireless charging, NFC, and FM radio. It's meant to be what the S9 was to the S8