An upcoming Meizu flagship smartphone, dubbed Legent, has surfaced online. The leak, which came in the form of a Weibo post, shows some sketches of the device and reveals its key specifications. 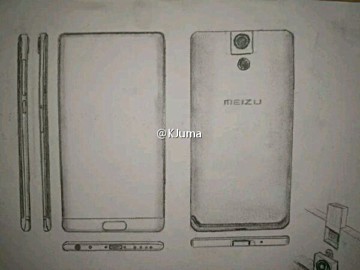 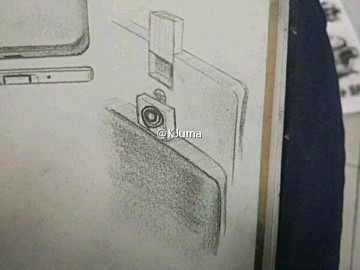 The post shows a physical home button on the front, which will presumably embed a fingerprint sensor. More interestingly, it also reveals what appears to be a reversible camera module.

The phone will allegedly be powered by Samsung Exynos 8893 chipset and sport a 5.7-inch QHD display. RAM is 6GB, while storage options include 64GB and 128GB. In terms of camera, the Legent features a single 16MP unit tjat works both ways.

It runs Android 7.0 Nougat-based Flyme 6 OS, and packs in a 3,400mAh battery. Pricing and availability information isn't yet known.

Using one camera for both sides is the best thing a company can do. It allows people to take selfies in the same great level of regular photos

These sketches looks like made by Hong Shuo, he is not one of my most brilliant students, though he is trying desperately to finish his design portfolio to be able to study in the UK... he definitely has little immagination, pretty common here in Chi...

Nope. Just because they're Chinese, they still try to sell internationally thus the necessity for English written PR/info. Would benefit them more if improvements are made.